Our Times is adapted from a novel of the same name written by author Wang Qiang (王强). Selected into the Institute of Computer Science of Yenching University, Xiao Chuang (Wu Lei) and Qinghua (Hou Minghao) began researching and inventing a PC card to improve computer processing of Chinese text. They eventually start up their own business, striving to make revolutionary sales and change in the fast-moving Internet world.

To perfectly illustrate aspiring youths in the 90s, the creative production team thoroughly researched the events defining the era and the cultural lifestyles. From watching documentaries, to reading books and collecting photos relating to the period, the crew pieced together props and clothes to foster a retro vibe. Lighting was heavily utilized to create a vintage aesthetic, and industrial elements were also inserted to highlight the raw and developing times. Retro music playing across emotional scenes also successfully builds a 90s world set to envelope viewers into the lives of these passionate youths.

Aside from business aspirations, Our Times showcases how young people build their personal and professional identities in a defining era. Leading up to the series’ premiere on September 14, a special cut featuring the romantic relationships was released with previously unseen footage. Romance further rounds out the drama and adds emotional touches to connect with viewers of all ages.

With a total of 38 episodes, Our Times airs two episodes every Monday, Tuesday, and Wednesday on Tencent. 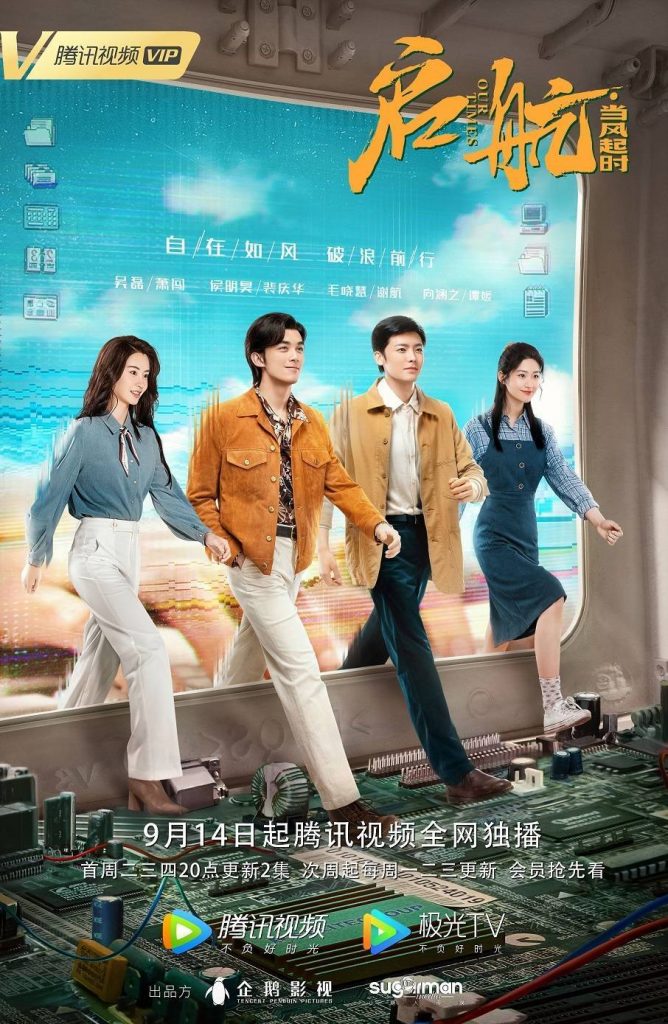