In an intense make-out session between Bob and May, the pair kissed from the streets, to the house, and into the bedroom. It is noted that their kissing scene was quite similar to the memorable two-minute kiss shared by Chow Yun Fat (周潤發) and Carol Cheng (鄭裕玲) in the classic 1979 TVB drama The Good, the Bad and the Ugly <網中人>.

May said she repeatedly brushed her teeth and rinsed her mouth to make sure she did not have bad breath. May was very professional during the scene, and Bob was surprised to hear that it was May’s first kiss. “It didn’t seem like it was her first time. She knew the right places and we finished it all in one take! We both bit the dust! If no one wants her a few years after the scene airs, I promised her I will take care of her!”

Bob then joked that he is actually very capable of taking care of May, his wife, and their two daughters at the same time, expressing that May is currently on a diet and would not need much food.

Asked if he believes that viewers would find the long kiss scene to be too heavy, Bob laughed and said, “That has always been my style! I don’t mind what others have to say.” 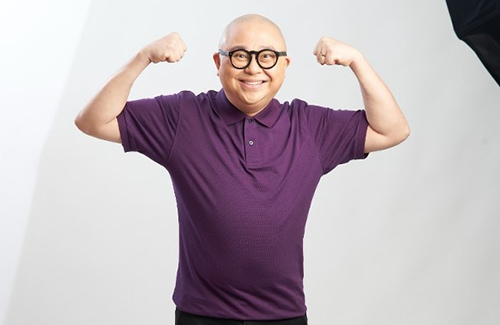 Bob Lam is determined to protect his health after his terrifying heart attack experience.