TVB is not only bringing back the Mr. Hong Kong competition in 2021 to find new talent, but they also created new star searching programs, such as the Triumph in the Skies Competition <衝上雲霄大選>, in which only airline workers can participate. It is a chance for those working in the airline industry to change career paths and become an artiste – especially those who recently lost their jobs due to the bleak economy – and applications will close sometime this week! Among the contestants who participated in the first audition held, which was live-streamed on the night of December 7, two male pilots Keith Shing (盛勁為) and Brian Li (李傑志) stood out the most. 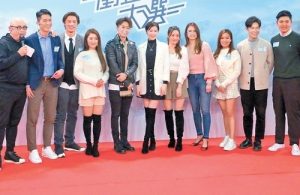 Hosted by Bob Lam (林盛斌), the audition had a total of four men and three women auditioning. According to reports, successful finalists will receive $5,000 Hong Kong dollars, and the winner will be awarded a cash prize of HK$100,000 and an audition opportunity at TVB. The contestants were assessed by celebrity guest judges and former flight attendants Eunice So (蘇可欣), Moon Lau (劉佩玥), and Leonard Cheng (鄭衍峰). Moon openly praised her senior May Chu (朱凱薇) for her beautiful appearance and hot figure. Meanwhile, Keith and Brian stole the spotlight with their good looks and connections to actresses Louisa Mak (麥明詩) and Kelly Fu (傅嘉莉), respectively.

Keith Grilled On His Love Life

Once Bob was aware that Keith is Louisa’s rumored boyfriend, he did not hesitate to grill him about their relationship. However, Keith appeared relaxed as he responded that they are only friends. When asked if he is confident in winning and if he asked Louisa for some tips, he said, “I have some confidence. I haven’t contacted her lately, so I didn’t ask her.”

The 30-year-old also stated that he is single and does not consider entering the industry at such an age as being late. Upon whether he will be looking forward to working with Louisa in the future, he said that he would not mind as his reason for joining is to experience being on screen.

On the other hand, 37-year-old Brian is in a stable relationship with his girlfriend and has loads of experience being in front of the cameras. Labeled as a Terence Yin (尹子維) lookalike, Brian was formerly in the Hong Kong boy band Square, which was officially established in 2008. He also worked as a model for eight years before becoming a singer. Brian later changed career paths to become a pilot and worked as one for a decade. He was laid off alongside former co-worker Keith in October due to the struggling airline industry.

While he felt sad about the job loss since it was his dream to become a pilot, he also felt hopeful about returning to the entertainment industry. He expressed, “With the airline industry on a standstill, I am now back to becoming an artiste. Being older is still an advantage, and I also wish to follow the same path as Moses Chan (陳豪).”

When asked about the possibility of his artiste career staying lackluster as in the past, he said, “I’ve considered it, but the world has now changed, and there are so many more opportunities than before. Though, if there are still chances to fly in the future, then I will continue to do so.” 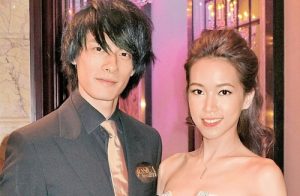 Brian also shared that aside from becoming a successful actor, winning the cash prize is also one of the reasons for his participation, as he is currently out of a job. Once in the same modeling agency, good friend Kelly supported Brian’s decision. She said, “I have confidence in him because he has on-screen experience with his music career. I will be hoping for his success. I’ve always said he is the most handsome pilot in the airline industry, and I am eager that we will be colleagues one day.”

Watch the Audition Below: 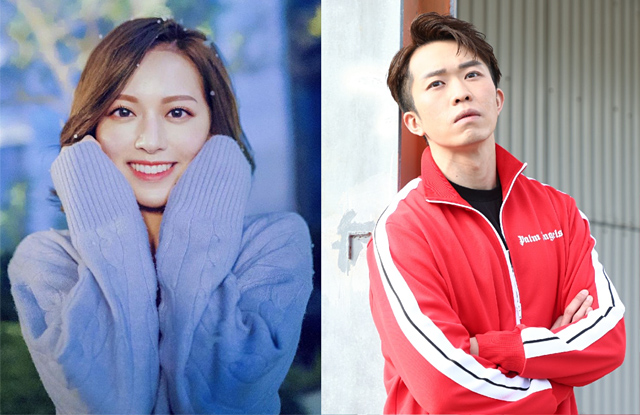 Leonard doesn’t think it’s necessary for Crystal Fung to tell him who she is eating out with.