The Unsolved Mysteries of Benz Hui’s Character in “Line Walker” 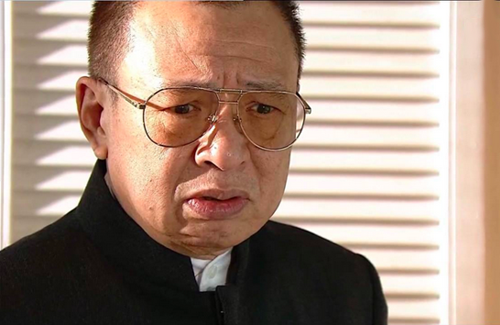 Although Foon Hei was the boss of the triad group, Hung Hing, viewers believed he was one of the undercover police officers. Unfortunately, Benz shot himself while held hostage by the fifth undercover, Samantha Ko (高海寧), and her men.

Viewers were unable to forget about Foon Hei during his dying moments. Perhaps taking viewers’ adoration into account, the ending credits for Line Walker showed a mysterious person deleting Foon Hei’s undercover file from the police database. Foon Hei was assigned as an undercover agent in 2006 and his target was the infamous Mr. Song and his triad empire. Because the case did not have closure, it is unknown whether he switched his loyalties during the operation, or whether he was still an undercover at the time of his death.

Keen-eyed viewers also noted many unsolved mysteries. Foon Hei’s son revealed that his mother did not die due to an illness, but rather, she was falsely arrested and committed suicide in prison. Why did Foon Hei not hire lawyers to defend her case? Also Foon Hei’s body was nowhere to be seen after his death. Did Foon Hei truly die, or did he fake his death to escape the triads?

Despite the heated speculation over Foon Hei’s character, Producer Man Wai Hung (文偉鴻) did not reveal any answers. He said that the character backgrounds were set in the script from the beginning, but the series’ 30-episode format did not allow it enough time to dwell into details for each character, including Foon Hei.  “When we wrote the script, all the characters’ development were all set. It’s just that we were unable to fit all of the details into 30 episodes. Whether or not there will be a sequel, it’s up to the company’s decision and the audience’s reaction to see if there is such an opportunity.”