TVB anniversary drama Wonder Women <多功能老婆>, starring Miriam Yeung (楊千嬅), Pakho Chau (周柏豪), and Raymond Wong Ho-yin (黃浩然), will air on November 25 at 9:30 p.m. Renowned scriptwriter Ella Chan Po-wah (陳寶華) returned to TVB after many years to helm this 25-episode series. She was itching to produce another drama with a female protagonist, and this time she chose to explore gender issues.

Miriam, who has not filmed a TV series in over 10 years, plays a married couple with Raymond. She acts as a middle-class housewife who discovers her architect husband cheated on her. Their marriage falls apart, and Miriam’s character encounters Pakho’s character. As he’s accompanying and encouraging her during this challenging time, her husband tries to win her back, and a stalemate love triangle ensues. 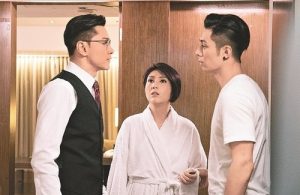 This is not the first time Miriam, Pakho, and Raymond all worked together – their first collaboration was ICAC Investigators 2009 <廉政行動2009>. Pakho said, “Frankly speaking, I am still a rookie when it comes to acting. When we first started shooting, the schedule coincided with my concert, and I couldn’t keep up with everyone. The cast and crew helped me out a lot.”

He continued, “We had a lot of outdoor scenes, and I remember Miriam and I were shooting in the middle of Central during rush hour. The passersby were so cooperative and gave me words of encouragement. I’m so grateful.”

However, Pakho was not the only actor who struggled. Both Miriam and Raymond needed assistance from Ella. Miriam would often talk on the phone with Ella in the middle of the night to discuss the script, but Miriam was really smart and diligent, according to Ella.

As for Raymond, he did not hesitate to take on the role of a cheating man, but he had difficulty understanding his character. “I have never played such a role; it’s very fresh,” he said. “I did not believe there were such people in real life at first, but I gradually immersed in the role thanks to Ella’s guidance and confidence.”

Although Miriam and Raymond previously worked together in the 2002 movie, Love Undercover <新紮師妹>, Raymond shared they rarely contacted each other. “But we both experienced different stages in our lives, so we had a tacit understanding when we began shooting. We didn’t need to take time to build chemistry,” he expressed.

Veteran Actors in the Drama 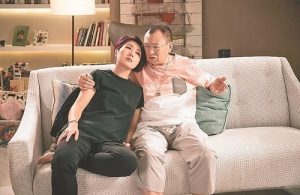 Benz Hui (許紹雄) also starred in Love Undercover with Miriam and Raymond, so he grasped the opportunity to play the singer’s father once again in Wonder Women. Bella shared, “He came over to me and said, ‘If there is [Miriam] and there is [Raymond], how can there not be me?’ “ 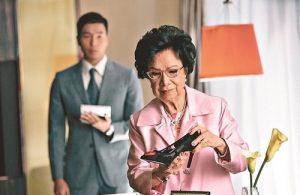 Aside from Benz, many other veteran actors participated in the drama, including Melvin Wong (黃錦燊), who has been away from the TV circle for many years. He plays Pakho’s promiscuous lawyer father, and they have some juicy bickering scenes together.

The late Lily Leung (梁舜燕) also starred in Wonder Women as an affluent woman. At the mention of Lily, Ella’s eyes teared up. She expressed, “She is a good person. We kept in touch since A Kindred Spirit <真情>, and when she knew I was coming back to produce a drama for TVB, she called to ask to participate in it even as an extra. Of course, I couldn’t let her just be a passerby!”

Other Pairings in the Drama 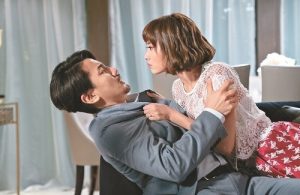 She smiled and revealed she cut her hair during a live broadcast. “I had a lot of views for that live broadcast. My long hair was originally very long, and it became this short. It turns out that the hairstyle helps me get into character.”

Another pairing in Wonder Women is Alice Chan (陳煒) and Jonathan Wong (王梓軒). He plays a rich man who returns Alice’s high heels. Their love story is more or less like a modern version of Cinderella.