Yesterday’s filming also featured guest star Johnson Lee (李思捷) in a criminal role. Dressed entirely in black and wearing a mask, Johnson was running away from the cops before the SDU caught up to him.

Despite the heat, the cast were in good spirits and happily accepted autographs and photographs from fans. The cast had to retouch their makeup every ten minutes. Joe also expressed that he had to consistently eat and drink to help prevent a heat stroke.

Joe Ma Wants to Film “Triumph in the Skies 3”

With the well-received Triumph in the Skies 2 <衝上雲霄II> currently airing on television, Joe admitted that he had some nostalgia while watching the sequel. The 45-year-old actor starred as pilot Vincent Ling in the original 2003 drama, but because of his character’s death, TVB did not ask Joe to return in the sequel.

Was Joe “jealous” that he was not able to participate in the sequel? “Not at all. Seeing them looking so cool, all the nostalgia is rushing back to me. I’m wearing a second uniform now, and I hope that one day, both uniforms get to appear in one drama.”

Many fans were disappointed that Joe did not return in the sequel. “I died in the original series. Also, at the time [of shooting [Triumph in the Skies 2], my contract [with TVB] was messy. It’s a good thing that people are still referring back to the original. If there were a third installment, I would love to film it.”

Linda, a new addition to the cast of Tiger Cubs 2, will be starring as Joe’s love interest. Although they portray a couple, Linda will not have any intimate kissing scenes with Joe. Linda laughed, “It’s a good job!”

With her concert coming next month, the extra-busy Linda has to shoot Tiger Cubs 2 and do concert practices at the same time. “I will try not to injure myself while filming,” said Linda. “I don’t want to disappoint the fans!” 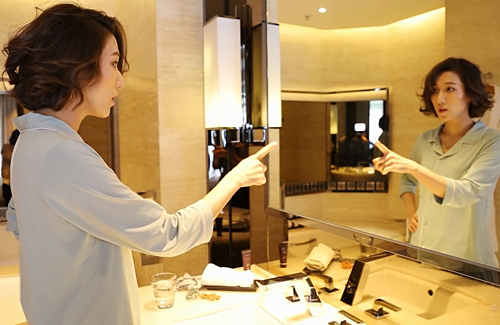