TVB Artists On Working in China 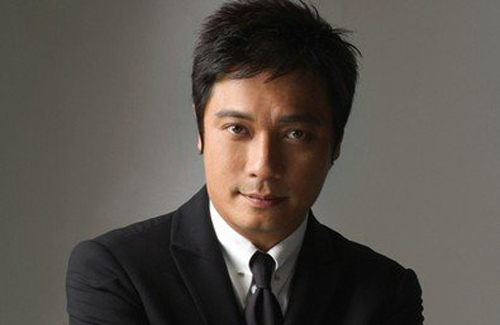 In recent years, there has been an increase of TVB and other Hong Kong artists filming mainland Chinese dramas. Although these artists were not always the main leads in the story, TVB actors took center stage when it came to promotions and popularity.

Speaking with the media over the past few weeks, several TVB artists gave reasons as to why they decided to shift their careers to mainland China. Cited reasons include and more freedom in work choices.

Gallen Lo (羅嘉良) made his debut performance on TVB’s City Japes <城市故事> in 1986, and achieved pan-Asian fame in 1996’s Cold Blood, Warm Heart <天地男兒>. After starring in 1997’s highly acclaimed Old Time Buddy <難兄難弟>, Gallen cemented his status as TVB’s number one leading star. His role in 1999’s blockbuster drama At the Threshold of an Era <創世紀>, which spawned two series, was also tailor-made for him.

Due to his popularity, Gallen became one of the first TVB artists to start afresh in mainland China. In 2003, he filmed The Fugitive <天涯追缉令> and Permutation <反串>. In 2009, he married mainland Chinese artist Sophie Su (苏岩). Recently, Gallen has filmed Terracotta Warriors <古今大战秦俑情> and The Patriot Yue Fei <精忠岳飞>.

Gallen is satisfied with his current career in mainland China. He said, “We enjoy life, so we will not take our career so heavily.”

As for why many TVB artists decided to pursue careers in mainland China, Gallen expressed that they were just following the general trend. “Mainland China has a bigger market. I was able to do more challenging things, such as playing roles like Qin Hui [in The Patriot Yue Fei]. When I was in TVB, most of my projects were modern dramas. Also, in mainland China, my income is several times higher than what I had with TVB. I also have more free time now. I can consistently get six to seven hours of sleep per day now. I can’t imagine doing that back then.”

Hawick Lau: TVB Was Too “Safe”

Hawick Lau’s (劉愷威) father Lau Dan (劉丹) is TVB veteran, but that did not stop him from leaving the station to search for new opportunities. Though Hawick became well-known after starring in the sitcom Virtues of Harmony <皆大歡喜>, he left the station in 2004, after completing My Family <甜孫爺爺>.

“TVB’s lifestyle was too fast. I only had time to sleep up to about four hours a day. But at the same time, TVB’s environment was too safe. You would lack the motivation to push yourself. That’s why I was attracted to the mainland market. It is fresh.”

Hawick did not achieve true success until after moving his career to mainland China, but the actor still considers TVB to be his “mother station.” He said, “I am thankful to TVB for cultivating me in my first ten years. TVB is a very strict company, and I felt like I was going to a white-collar job every morning. I was trained in the basics of acting really well.”

The two-time TV King rose to prominence in mainland China after starring in 2011’s Bu Bu Jing Xin <步步惊心>. His role as Ip Man in the 2013 television adaptation also lifted his star status in mainland China.

“In retrospect, I’d say going to Taiwan was because I had no choice. Returning to Hong Kong was because I wanted to, and coming to mainland China was because I was following everyone else. Earning higher income in mainland China is no secret, but in mainland China, we have fresh experiences. TVB is really good at training young actors and directors, but if you stick with them long enough, you’ll notice that you’ll be filming with the same people over and over again. In mainland, it’s different. There are many talented actors to work with that can stimulate your acting.”

Ada consistently filmed in mainland China, but it was 2012’s The Legend of Zhen Huan that brought Ada critical acclaim in China.

The mother of two expressed that she enjoys filming in mainland China, explaining that she has more time to rest and relax with friends. She clarified that though mainland Chinese production companies pay their artists higher, she stressed that TVB’s “low” pay was not as harsh as what the media made it seem.

She added, “Many artists are still willing to remain with TVB despite the lower pay. The TVB label is made of gold.”

17 comments to TVB Artists On Working in China