Wallace Chung: “I Think I Can Become a Competent Actor” 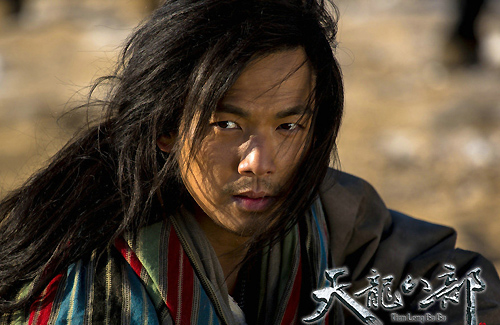 With his clean-cut looks and soft voice, even Wallace Chung (鍾漢良) did not think he was the most suitable choice for the lead role in the upcoming adaptation of Demi-Gods and Semi-Devils <天龍八部>. However, he embraced the opportunity to try a different type of role, which he feels is key to his success as an actor.

In Demi-Gods and Semi-Devils, Wallace portrays Qiao Feng, the head of the Beggar Sect. Since the character’s appearance and personality are completely different from Wallace’s, he was initially surprised that director Samson Lai (賴水清) had arranged for him to take on the part.

“When I watched [previous adaptations] of Demi-Gods and Semi-Devils, I thought that if I were to act in it, I would probably be Duan Yu,” Wallace shared. “At first, I thought [the director’s decision] was not very logical. Usually, you’ll be asked to play a character if you’re already similar to the character. I think this was a sudden inspiration from the director, and is subversive for both the director and the actors.”

Although he relished the double challenge – that is, playing a character entirely different from himself, and portraying Qiao Feng differently than previous adaptations did, Wallace admitted that the task was not easy. He had to change his physical appearance to look rougher and tanner. Moreover, he had to speak loudly every day on set, almost to the point of roaring, which made his throat hurt.

Nevertheless, he is grateful for the opportunity to play a hero like Qiao Feng. “I didn’t want to give up this chance,” said Wallace. “After this stage, I may never meet a role like this again.”

Though many fans may think he should stick with safe roles, such as his perfect gentleman character in the currently airing television drama, Best Time <最美的時光>, Wallace is insistent on not being pigeonholed into one type of character. “I’m not worried about how others think of me,” he revealed. “I think I must continually try new things, continually change. I think I can become a competent actor.

“The only thing I can do is take hold of the present opportunities and work,” he went on. “If there’s a good character, like Qiao Feng in Demi-Gods and Semi-Devils, I will grab onto it and do it well.”

Demi-Gods and Semi-Devils will begin airing on December 23 on Hunan Satellite TV.

7 comments to Wallace Chung: “I Think I Can Become a Competent Actor”