Show Lo’s (羅志祥) cheating controversy has lost him a lot of jobs, in which one was a spot in the judging panel for the third season of Street Dance of China <这！就是街舞;>.

With one spot left to fill, the producers of Street Dance went on a wild search to find Show’s replacement. To balance out the panel’s younger age, the producers wanted the final judge to be older, and a veteran celebrity with many years of dance experience. At one point, it was rumored that Vanness Wu (吳建豪) would take his spot, but new reports more or less confirm that Wallace Chung (鍾漢良) would be Show’s true replacement. 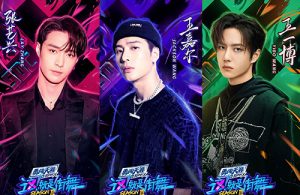 Though Wallace as the fourth judge was never officially announced by Street Dance, a netizen shared a photo of the actor walking into the set of the show. Though the photo was only of Wallace’s back, fans immediately recognized him.

Wallace will be sitting in the panel alongside post-90s idols Lay Zhang (张艺兴), Jackson Wang (王嘉爾), and Wang Yibo (王一博). Wallace, born in 1974 and debuted in the industry in 1993, is easily the oldest one of the bunch. The age difference would make for an interesting among the panel.

While Wallace is best known for being an actor, he actually started out as a dancer. Wallace was a graduating member of TVB’s 1993 dancing class, and was a back-up dancer for Anita Mui (梅艷芳), Leslie Cheung (張國榮), and Liza Wang (汪明荃). That same year, TVB recruited Wallace over to the acting  department, and he debuted in the TVB musical drama The Chord to Victory <少年五虎>, a semi-biography of the Hong Kong band, The Wynners. 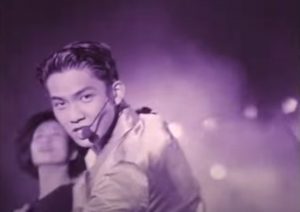 But Wallace, who has always dreamed for a pop singing career, decided to move to Taiwan with the assistance of Hong Kong-Taiwanese record producer Samuel Tai (邰正宵) for a singing career. In 1995, he dropped his debut album OREA, and it became an instant hit in the island. Wallace became a household name, and was dubbed “Little Sun” (小太陽) by Taiwanese media.

While Wallace is mainly known for his acting career in mainland China, he did participate in dance competition Let’s Shake It <舞林大会> from 2006 to 2008, and performed Tango, Samba, and Rumba on the show. He also performed a dance solo at his 2018 concert tour Sing for Life.