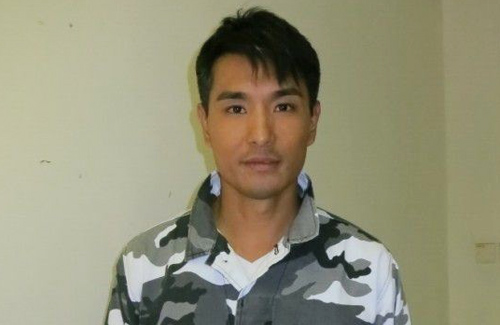 After the Hong Kong government rejected HKTV’s TV license application, tens of thousands of people have joined street protests denouncing the unfair decision. The public claimed that the government’s decision robbed viewers to have a choice in their broadcasting options and undermined the city’s democratic practices. Netizens’ latest protest movement calls the public to turn off their televisions tonight from 7 p.m. to 11 p.m.

Since TVB is the dominant station in Hong Kong, the “Turn Off TV” movement will impact the company’s programming ratings the most.  Affected programs include TVB’s Brother’s Keeper <巨輪>,  Come Home Love <愛．回家>, Will Power <法外風雲> and Telling Maria <最佳女主角>.

HKTV artists Sam Chan (陳宇琛), Benji Chiang (姜文杰) and Leslie Chiang (姜麗文), were grateful for the public’s support of HKTV. Benji said, “The quality of TV programming has worsened; there’s nothing much to watch. My TV watching time has decreased, but I’m very moved by everyone’s decision to turn off their TVs.”

Although their TVB dramas are aired during the proposed hours of protest, Ruco Chan (陳展鵬) and Lai Lok Yi (黎諾懿) felt that the public has the right to express their dissatisfaction with the government’s licensing decision. Ruco said, “It will affect my drama, but I respect everyone’s decision. The movement is not an indication that they do not like our show.”

Although he accepts the public’s right to protest,Will Power’s <法外風雲> Wayne Lai (黎耀祥), believes the movement will have little impact, “TV is still the general public’s [entertainment], and the majority of the viewers are housewives.”

On the other hand, Telling Maria’s host, Luisa Maria Leitão (黎芷珊) hopes that viewers will not turn off their televisions. She pleaded for viewers to not turn off their TVs, “A lot of effort is put into some programs, and it’s a pity if they cannot see the show for some reasons.”