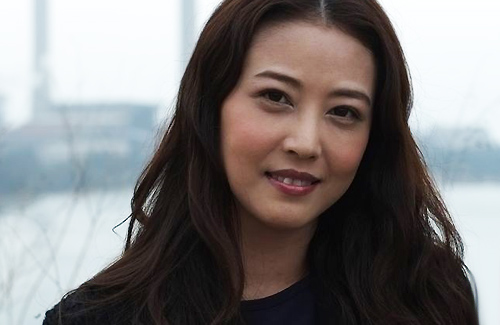 Although TVB managed to invite many veteran actors back to the station, not all of them managed to make a successful comeback. Unlike Bobby Au Yeung (歐陽震華) and Esther Kwan (關詠荷) who generated media buzz for Always and Ever <情逆三世緣>, and Francis Ng (吳鎮宇) for his return in Triumph in the Skies 2 <衝上雲霄2>, Kathy Chow’s (周海媚) return to the TVB was not widely discussed. Most of Kathy’s limelight in Sniper Standoff <神鎗狙擊> was stolen by Kate Tsui (徐子珊), whose popularity has been continuously rising.

Despite losing last year’s TV Queen battle against Tavia Yeung (楊怡), Kate remains a popular candidate in this year’s competition. Due to this, Kate is visibly the most promoted out of the two leading actresses for Sniper Standoff as she stood in the center for every promotional event – leaving Kathy to awkwardly stand off to the side.

Kathy’s character development in Sniper Standoff originally was pegged as having a highly interesting storyline as she is involved in a love triangle with Eddie Cheung (張兆輝) and Michael Tse (謝天華). However, due to TVB favoring Kate, it is rumored that she and Kathy are not on good terms.

Since receiving the Best Newcomer Award at the Hong Kong Film Awards in 2008, Kate had her eyes set on being the next TV Queen. This led TVB to give Kate the role of first female lead where she has heavy screen time in Sniper Standoff. Of course, this renders Kathy’s role in be become merely a supporting character.

Although Kathy denied the rumors, she was dejected at TVB’s arrangements, as she was seen heading back to Beijing immediately after the promotional event for the series.

However, Kate denied the negative rumors and stated, “Of course it isn’t like that. I’ve always thought that it didn’t matter of how much screen time I got, as long as I get a chance to unleash my potential. Working with Kathy is actually a rare opportunity.”