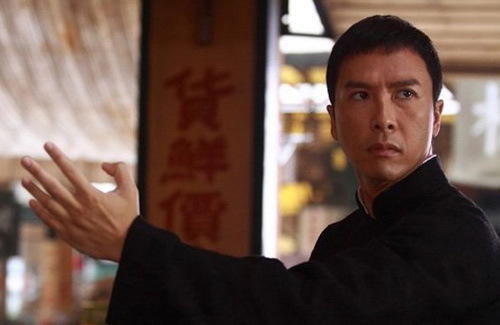 After intentions to film Ip Man 3 <葉問3> were announced three years ago, the martial arts blockbuster is finally ready to start principal photography. Highlights of the new movie will feature a big fight between Donnie Yen (甄子丹) and boxing champion Mike Tyson, as well as Ip Man’s relationship with disciple, Bruce Lee (李小龍).

Bruce’s younger brother Robert Lee (李振輝) is a consultant for the film, which will hopefully reveal some insight on the early life of the young martial artist. Rather than casting a young actor to play the icon, a computer-generated Bruce Lee will reportedly appear in the movie.

Since its release, the Ip Man franchise has attained international popularity, even winning over Mike Tyson as a fan.  After creating a Weibo account in 2013, Mike asked fans who is the best fighter in all of China. When fans pointed to Donnie Yen, Mike replied, “Donnie Yen? I’ve heard of him – Ip Man. I’ve always wanted to put our fighting skills to the test!”

Honored to be mentioned by Mike, Donnie had responded, “I’m in the same boat as Mike. I hope to work with him in a movie in the near future and challenge each other.” Donnie spent the last two years planning out the details for Mike’s appearance in Ip Man 3. Ultimately putting their skills to the test, Donnie and Mike will duke it out in one of the biggest fights scenes in movie history.