Jackie Chan Teams Up with Fan Bingbing in “Skiptrace” 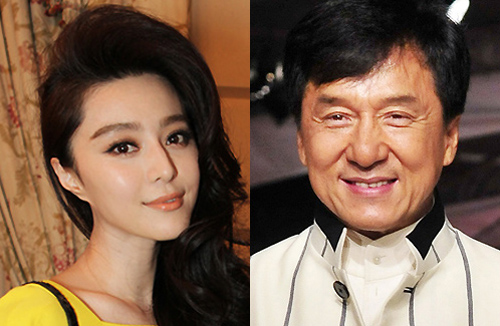 After the success of CZ12 <十二生宵> last year, audiences have been looking forward Jackie Chan’s (成龙) next movie.  Some movie critics speculate that Jackie will return to the United States to film Rush Hour 4.  But in actuality, Jackie will be teaming up with mainland Chinese star Fan Bingbing (范冰冰）in new action comedy Skiptrace (暂译：跳跃追踪). This is the second collaboration for Jackie and Bingbing after Shinjuku Incident <新宿事件> in 2009.

Skiptrace is based off an idea by Jackie and the script will be written by screenwriters of American comedy series, Animal Practice. Skiptrace will be a Sino-American production, following current industry trends as mainland box office continues to grow in significance. Oscar-nominated director, Sam Fell from ParaNorman and Flushed Away fame will direct for Skiptrace.  Exclusive Media and Talent International have both agreed to produce and co-finance this film as well.

This action comedy follows Jackie, a Hong Kong detective joining forces with an American gambler who is on the run from his creditors.  They form an unusual partnership and their task is to track down one of Hong Kong’s most notorious criminals.

The film will be shooting at various scenic locations including China and Hong Kong and is scheduled to start filming in September this year.