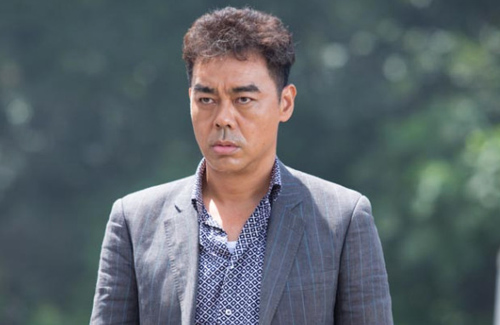 The Hong Kong Film Critics Society, renowned as the city’s first organization of film critics and industry professionals, announced the list of winners for its annual awards ceremony. Winning top honors was Sean Lau (劉青雲), who picked up the Best Actor Award for his performance in the crime thriller Overheard 3 <竊聽風雲3>.

After his first Best Actor win with Full Alert <高度戒備> in 1998, Sean continued to impress the HKFCS, which granted him two more Best Actor Awards for La Brassiere <絕世好Bra> in 2001 and Life Without Principle <奪命金> in 2012. His latest win marks the fourth time Sean has risen above his thespian peers, who this time included Anthony Wong (黃秋生) in Gangster Payday <大茶飯> and Nick Cheung (張家輝) in Golden Chicken 3 <金雞SSS>.

Mainland Chinese actress Vicki Zhao (趙薇) won Best Actress for her role in Dearest <親愛的>, a widely applauded film based on true stories about abducted children. Because Vicki plays a rural woman in the movie, she spoke using the Lower Yangtze Mandarin dialect in order to make her portrayal more convincing, thus winning the approval of the HKFCS.

The satirical horror-comedy, The Midnight After <那夜凌晨，我坐上了旺角開往大埔的紅VAN >, which is helmed by Fruit Chan (陳果), picked up both Best Film and Best Director.

Details about the date and location of the ceremony for the 2014 Hong Kong Film Critics Society Awards will be revealed at a later time. A complete list of winners is as follows:

Best Film
The Midnight After

Best Director
Fruit Chan, for The Midnight After