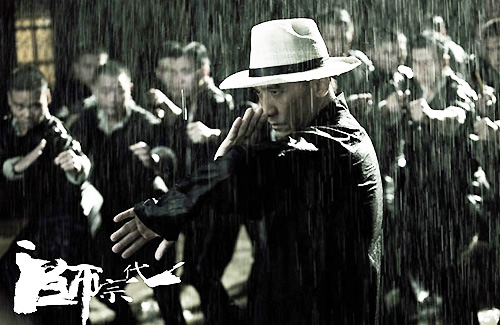 After shooting lasted for more than 2 years, Wong Kar Wai’s  (王家衛) The Grandmasters <一代宗師> will finally be released on January 8, 2013 in China.

The theatrical release for The Grandmasters was pushed back from its original intended release date in December due to the onslaught of heavyweight competition. Back to 1942 <一九四二> and The Last Supper <王的盛宴> will open in late November; Jackie Chan’s (成龍)’s  CZ12 <十二生肖> and The Guillotines <血滴子> will be released in December. With so many rivals competing for the holiday box office, The Grandmasters delayed its release by 3 weeks hoping to have a stronger opening weekend.

After rescheduling its opening date, it was feared that The Grandmasters will still run into two formidable foreign films releasing in China at the same time, The Hobbit: An Unexpected Journey, and the new James Bond movie, Skyfall. However, the latest report indicates that both movies are now scheduled to be released in mainland China in early February, which should give The Grandmasters some breathing room.

The Grandmasters is about the story of martial arts master Ip Man’s early years. It was said that the movie has taken at least two and a half years of on-and-off filming. For fans that have been eagerly anticipating to see Ip Man through the eyes of Wong Kar Wai, the agony of waiting will continue for another 2 months.