Ankie Beilke Has a New Boyfriend 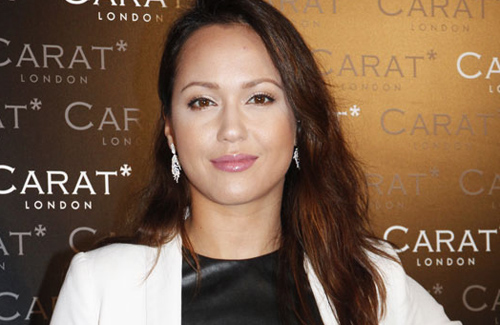 Ankie Beilke (貝安琪) has revealed that she has a new boyfriend and it is not Ruco Chan (陳展鵬).

Ankie and Ruco were on the media’s hot alert list after the Brother’s Keeper <巨輪> costars admitted to being mutually attracted to each other and went out for dinner. However, due to Ruco’s busy filming schedule, their relationship never progressed further and they stayed as friends.

At a jewelry function Ankie attended today, the press asked her if she was in a relationship. She revealed that her new boyfriend, whom she has been dating for two months, lives in Los Angeles and works in the industry as a filmmaker and scriptwriter. Ankie and her boyfriend, who is European, have known each other for six years before they started dating.

Asked Ankie if it may be less stressful to date someone who is not part of the industry, Ankie said, “It depends on the person. There may be other stress factors to dating someone outside the circle. Sometimes these people don’t understand our work in the industry.”

In addition, Ankie revealed that she has recently signed with a German management agency and has just finished filming a movie in Los Angeles and Germany. Asked if she plans to develop her acting career overseas, Ankie said, “I’ve always been doing work in Europe. My former manager is getting married and starting a family, so I couldn’t renew [my contract]. I completely understand.”

20 comments to Ankie Beilke Has a New Boyfriend