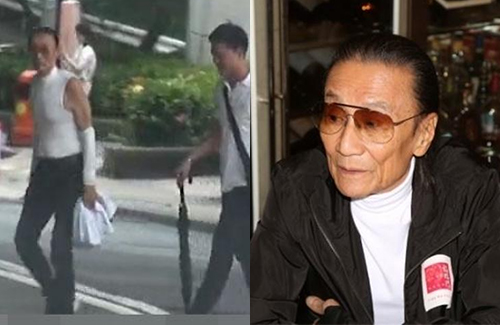 Patrick Tse (謝賢), who has been in the film industry since the 1950’s, is still as fit as a fiddle. The 83-year-old has made daily exercising a habit, and maintains a steady fitness routine to stay healthy and young.

With a head of black hair and walking with a straight back, Patrick’s physique is impressive. The respected veteran actor, who won HKFA’s Lifetime Achievement Award last year, maintains good sleep hygiene and works out every morning. Patrick used to work out at the gym, but in recent years he has taken up hiking, as it is less taxing for his body and age. 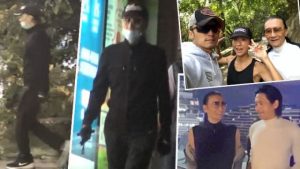 On the early morning of January 5th, Patrick was spotted finishing up a hike near his home. He was dressed entirely in black, with sunglasses and a mouth mask. Walking briskly and standing tall with an upright back, Patrick does not appear to be in his eighties.

Patrick was holding a walking cane, but he was not using it. Standing next to him was his driver, who was guiding his path.

As the father of Nicholas Tse (謝霆鋒), Patrick does live alone, but he is not lonely. It was reported that he reconciled with his girlfriend and companion CoCo, who is 49 years younger than him.