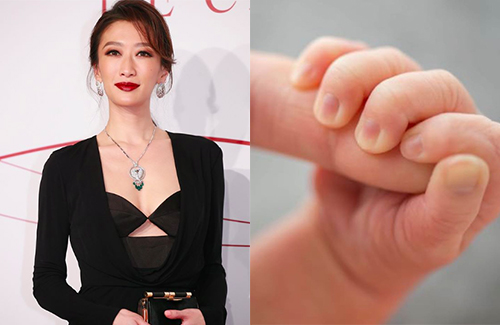 The younger sister of Nicholas Tse (謝霆鋒), Jennifer Tse (謝婷婷), has announced that she has become a mother.

On June 2, the 36-year-old actress-model suddenly announced on social media that she is now a mother of a beautiful baby girl, who just celebrated her one hundred days of birth.

“You are my brightest light,” said Jennifer.

Jennifer’s last major appearance in Hong Kong was last May. At the time, Jennifer did not show any signs of pregnancy and had maintained that she was still single.

Her manager said, “Today her baby celebrated her one hundred days of birth. Jennifer is absolutely ecstatic! Thank you all for the concerns. Let’s wait until Jennifer comes back before we answer any more questions!”

Reporters also reached out to Jennifer’s father, Patrick Tse (謝賢) for comment. The veteran actor admitted, “Yes! I am a [maternal] grandfather! I’m very happy!” Patrick pointed out that Jennifer is still overseas and he hasn’t met his granddaughter yet. Asking if Jennifer is in the United States, he said, “Probably, haha!” As for the father’s identity, Patrick keep a tight lip. “It doesn’t matter who it is as long as she likes it. Don’t be so nosy! (A Chinese or foreigner?) I don’t know. How would I know? She isn’t in Hong Kong.”