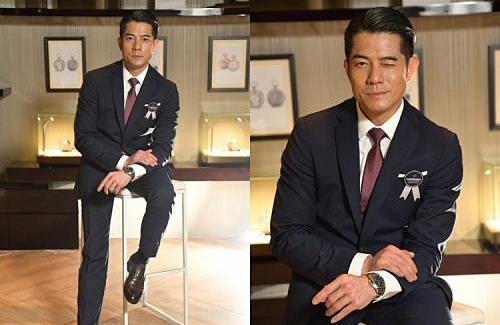 For workaholic and perfectionist Aaron Kwok (郭富城), some may think nothing could ever beat his love for the stage. Since marriage and the birth of his daughter, it is clear that there has been changes. The arrival of his daughter Chantelle has made him gentler and more loving. A loving father, he always smiles at the thought of her, and has already wants to raise her to be a gentle lady. Being a father and husband now, the 53-year-old star finally understands the importance of family and the happiness it provides him.

Still making time for his family and ensuring they won’t feel neglected, Aaron would manage his time efficiently and always return home to have dinner after work. He said, “In the past, when I was still single, I would frequently eat out with friends or colleagues. Now that I have a family, I would spend my free time with family. It doesn’t matter if I don’t have much alone time because spending time with family makes me feel very happy and blessed. Single people won’t understand; it’s only when you have a family with kids that you’ll get this feeling.”

Since Aaron was once considered to be an eternal bachelor, some wondered if his wife Moka Fang (方媛) has powerful charms to tame him. Although Moka is important, it is Chantelle who completely changed Aaron. Although their second baby is on the way, Aaron said that Chantelle will still be his favorite. Describing Chantelle as an exact mini-version of himself, Aaron said his wife would often turn on his songs for Chantelle to listen, and she would actively dance to them.

“After becoming a father, I have to work towards being a good role model. I think education is extremely important, so I’ll use my own life experiences to teach her. Kids need to see their parents as role models, and so, I have to let her see how serious, immersed and ambitious I am with work.” 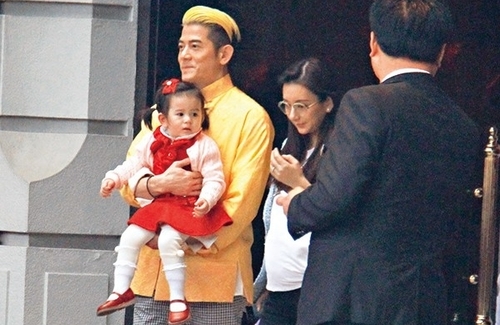