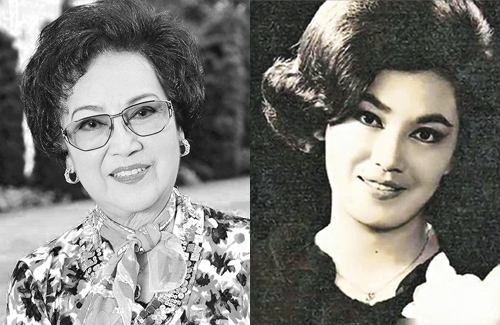 Legendary Hong Kong actress, Lee Heung Kam (李香琴), passed away at the age 88 in her sleep on today. Entering the film industry in the 1950s, the prolific actress filmed nearly 450 movies during her career, peaking at 58 movies in one year alone and also had a long-running television career. Though she often played villainous roles, she was actually very friendly and became godmother to many younger artistes she worked with.

Her daughter, Siu Ji Wan (蕭紫筠), disclosed that the actress’ health was in decline for many years. “She had a stroke 10 years ago, and was diagnosed with dementia and Parkinson’s Disease. Although she was undergoing special care and taking medications for over a decade, the doctor said that her conditions would only worsen.”

As Lee Heung Kam’s health rapidly declined in December, her family hired a caretaker and nurse to assist her. Disclosing the details of the actress’ passing, her daughter said, “We helped her shower, trimmed her nails and was feeding her porridge for dinner that day. However, she wouldn’t finish it or swallow the food and fell asleep right afterwards. The nurse tried making her spit the food back out, but she already lost consciousness. She was rushed to the hospital immediately but after 15 minutes, the doctor announced that she no longer had a pulse and her pupils were dilated.” She added, “Everyone loved her so much, and I want her friends to not feel overly upset. She passed away in her sleep peacefully.”

Born in Guangdong, Lee Heung Kam loved traditional Chinese opera and admired popular opera star, Yam Kim Fai (任劍輝). Although she was born into a wealthy family, Lee Heung Kam did not mind filming minor roles when she first joined the entertainment industry. At age 20, Lee Heung Kam was given her first stage debut in a production of Wong Fei Hong <黃飛鴻三戲女鑣師>, and continued her stardom by playing villainous roles in various ancient costume dramas, and eventually becoming known as the “Most Evil Concubine of the Century”.

After joining TVB in the 1970s, Lee Heung Kam portrayed motherly roles and became a household favorite. Retiring in 1989, the actress immigrated to Australia and would often fly back to Hong Kong to act on a part-time basis. From Chinese opera fadan and evil concubine, to playing the loving grandmother in Moonlight Resonance <溏心風暴之家好月圓>, Lee Heung Kam’s career was full of adventures and wonderful memories.

Sending her condolences, TVB executive Virginia Lok (樂易玲) noted Lee Heung Kam’s contribution to the station since joining in 1972, and taking part in popular shows such as Enjoy Yourself Tonight <歡樂今宵> and many classic dramas. To commemorate the late actress, TVB will be rerunning Moonlight Resonance during their late-night time slot. 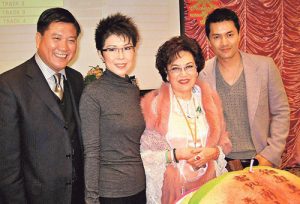 Ray Lui commented on Lee Heung Kam’s passing, “I’m deeply saddened, but I have to accept it. I have many happy memories with Godmother. We often performed in stage shows together in the past. She was very nice and taught me many things. After collaborating in a drama, fate brought us together. Alex Man also became her godson on the same day. In the past, we would always gather to celebrate holidays. She really cherished me, and I truly cherish her too!”

Making lifelong friends with former co-stars due to her friendly nature, Lee Heung Kam will surely be missed by many.

9 comments to Actress Lee Heung Kam Passes Away at 88