Interviewed by Harriett Yeung (楊詩敏) and Shiga Lin (連詩雅), 39-year-old actress Ali Lee (李佳芯) bared her emotions about her relationship with her first boyfriend almost twenty years ago, and why she chose to end it.

Unhealthy Relationship
Chatting on their YouTube talkshow “ChillGood”, Ali was asked if she has once intentionally made a ‘clean break’ from a relationship. The star replied, “Yes, I recall when I first dated, (and) didn’t even dare to hold hands, as I was still schooling. At that time he was a few years older, already working and started earning his own income, but also quickly lost a lot of money. He was already bankrupt when I knew him. He was a rather steady and dependable person…I was 20 and he was older and had started working early…I felt that there were many things we could communicate and connect on, that he could teach me about,” 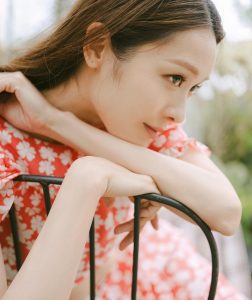 While Ali had never minded that her partner was bankrupt, issues emerged around two to three years into their relationship. “He could not accept the fact (that he was) at his low point, and then became like an angst-ridden youth, always bottling his unhappiness within. There was once we went out and you know, Hong Kong is so small and we can’t help but have physical contact with passers-by; he’d kick up a fuss, vent his emotions and shout, “Why are you knocking into me,” After the episode, I realize he was a little manic, (but) as I was young and it was my first time dating, I didn’t know how to deal with the situation, for those few years I felt obliged to empathize with him because he was going through tough times, I felt that I had to accompany him through his low point,” shared Ali.

However, she later saw things for what they were. “But later it became such that he would vent his emotions on me, like when he has a conflict outside, I’d tell him that, ‘You shouldn’t think that way, they don’t have the intention,’ and after that he’d blame me and say, ‘You’re helping others and not me’. After that I had a moment of clear-headedness and thought, ‘This is really unhealthy, I also kept feeling I was always in the wrong, when in fact I wanted the best for him, but he’d always think that I wasn’t on his side…at that point I realized that (I needed) to end the relationship.” 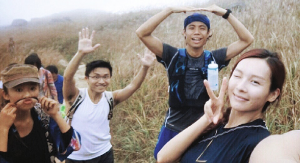 Now single, Ali had dated TV presenter Danny Chan (陳炳銓) for seven years before the pair breaking up. Sharing about the relationship in an interview, she revealed that after she won TV Queen award in 2018 and her career was at an all-time high, the couple’s differing opinions on marriage led to their eventual separation. After the breakup, Ali was sighted meeting up with businessman of a pet supplies chain and ‘King of Cordyceps’ Mark Chan (陳恩德), but she has denied any romantic rumors.