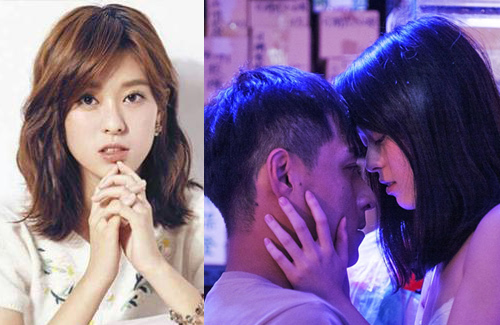 Hitting a bottleneck in her career three years ago, Taiwanese actress Ally Chiu (邱偲琹) took a hiatus from acting to find herself. Taking a risk from her former safe roles in idol dramas, the 22-year-old stars in the upcoming controversial Taiwanese film, Be Alive Just Like You <親愛的殺手>. In a recent interview, Ally discusses the difficulties and insecurities she faced on the filming set.

Discovered by a talent scout when she was in kindergarten, Ally made her debut as a child star. When she was 15 years old, she joined Chou’s Entertainment which also manages Ariel Lin (林依晨). Ally was a part of many idol dramas and also the female lead in the movie The Gangsters Daughter <林北小舞>. Perhaps due to her early entry into the entertainment industry, she could not process the sudden wave of attention and properly experience life.

Three years ago, Ally felt that her acting skills had hit a plateau and could not find a breakthrough even after attending three acting classes. Finally deciding to take a break from the entertainment industry and truly experience life, Ally found jobs in optical shops, fast food restaurants, and jewelry stores. “I was lucky to have these experiences. I used to be very afraid of new things and would care a lot about how others viewed me.” Her work experiences allowed her to let go of insecurities. 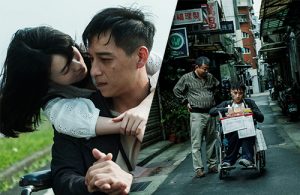 Returning to acting, Ally decided to take bigger risks to challenge herself. At the end of last year, she and Cheng Jen Shuo (鄭人碩) filmed Be Alive Just Like You, a gritty romance between a disabled man and a lonely young woman.  Though she shares many revealing bed scenes with Cheng Jen Shuo, Ally felt lucky that her co-star was very professional and protected her making her feel safe. The actress does worry whether the audience will think that her figure is not good enough.

The film also explores the tragic nature of Ally’s character, who was raped in one scene. During the two months before filming, she was so stressed that she felt depressed and would cry for no reason. The intensity of the role also made her experience insomnia.

Earning praise when it was previewed at international film festivals this summer, Be Alive Just like You is slated for a December 4, 2020 release.