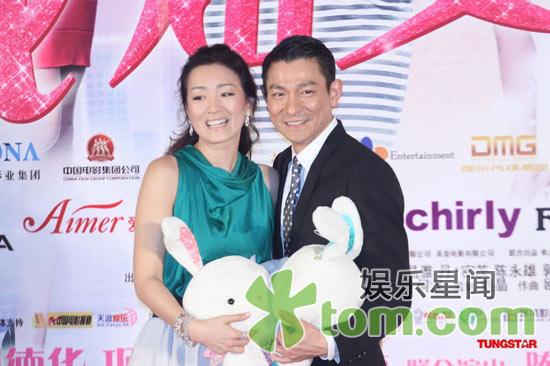 As the only romantic comedy opening during the Lunar New Year holiday, What Women Want <我知女人心> combines elements of magic, humor, romantic and family love. With superstars, Andy Lau Tak Wah and Gong Li as the leads, there is a guaranteed box office.

Bona Pictures Group, which produced What Women Want, was confident in the film’s box office performance. The President of Bona Pictures Group said, “A film with such a superstar cast and of this nature has been rare in the last decade. Personally, I look forward to the film very much. We decided to distribute such a high quality film during the Lunar New Year holiday period to set a good precedent. I believe that the box office forWhat Women Want will be as robust as the New Year festivities and sales will remain strong through the Valentine’s Day timeframe.”
Director Chen Daming said, “Many families will be reunited only during the Lunar New Year holiday. In this film, I added elements which can be enjoyed by audiences from different age groups, such as the relationship between an elderly father and daughter. The intention is to allow the entire family to have a topic of discussion after viewing it.”

Regarding the sensational pairing of “Film King” Andy Lau and “Film Queen” Gong Li, Andy said he had anticipated the opportunity for a long time. “I have known Gong Li for many years. In my eyes, she possesses a unique Asian feminine beauty that meets many men’s dreams. I have always wanted to collaborate with her in a film. Finally this wish was realized! Our cooperation was very pleasant and relaxing.” Source: Tom.com
Jayne: Andy Lau has a natural flirtatious charm that suits his character in What Women Want well. I find Gong Li more suitable for period dramas. We’ll see how she fares as the modern office lady. This film should do well as Andy Lau still has a large following.