He almost broke his leg once while working on the set of 2010’s “True Legend”.

Since becoming a father, 42-year-old Andy On (安志杰) continues working hard to support the family. His daughter Tessa is already three years old, while his son Elvis just turned one. While he used to throw all caution to the wind for his action scenes, Andy cares more about his personal safety now that his wife Jessica C. and kids have become his responsibility.

Andy has starred in mostly action flicks during his 17 years of acting. In 2017, Andy was filming in China when he injured himself in an accident, causing his right foot tendon to be ruptured and necessitating his immediate return to Hong Kong for an operation. He shared, “In the past I was pretty nuts, I would do whatever the martial arts choreographer instructed me without caring too much. Now, I am very cautious and would find out if it was safe first.” While Andy has recovered, his right foot has become visibly smaller. Luckily, he doesn’t need to make concessions when filming.

“My wife was worried the last time I injured my right foot. Maybe this is what happens after you become a dad; your mindset will change. But my wife is sweet. She wouldn’t stop me from taking on action scenes; she’d only encourage me by saying, ‘Be careful and there’s no need to fear,’” Andy said.

Never Imagined He Would Become a Father One Day

“Once I wake up in the morning I would think of how I can give my family the best future. My daughter resembles me, but her character is like my wife. My son is too young now, but I think he’ll also grow up to be active like me. We’re not sure if they will be educated in the United States or in Hong Kong, but I’m already flying between here and China. I will pick jobs that don’t require me to stay too long, because I miss the kids terribly even if it’s just a month away from home. My wife would find it hard too. She spends most of the time caring for the kids and only takes on jobs infrequently,” shared Andy.

Didn’t See Himself Go So Far as an Actor 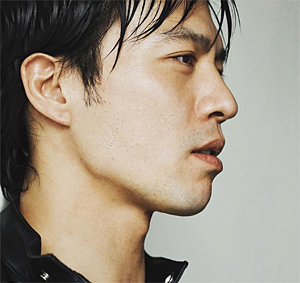 Ever since acting in 2003’s Star Runner <少年阿虎> together, Andy has maintained a brotherly friendship with Phillip Ng (伍允龍) and Vaness Wu (吳建豪). Sixteen years later, they collaborate again in Undercover Punch and Gun <潛行者>, in which Andy plays the antagonist, a chief drug trafficker with many action scenes. “Philip has the most action scenes. Being the martial arts choreographer and actor, he has it tough. Vaness and I have a much easier time. It’s really great working together as we are good friends. I feel that our appearances haven’t changed much. I will give Philip suggestions, but like other directors he’s very friendly off set yet has a little temper when working. This is not so good, but we know he’s just focused.”

Andy’s most memorable work was the 2010 Yuen Woo Ping (袁和平) directed  film True Legend <蘇乞兒>. To Andy, every film after that became comparably easier. He almost broke his leg during filming, and for four months thereafter he continued filming with a bandaged leg. Filming in China for 10 months, he contracted pneumonia and even vomited blood. Given a two-week rest, he felt giddy when he went to meet Yuen, but answered that he was fine, to which Yuen replied that he should therefore continue fighting. Andy would also keep it a secret from his mother every time he fell sick so as not to worry her.

Coming to Hong Kong from the United States when he was 25, Andy felt he has achieved more than he ever imagined. “I never knew I could act for so long. My interest in acting only took off after 30. Before that, I was merely having fun.”

Having a steady stream of work since he entered the industry, Andy is a lucky man. Despite having thoughts of changing careers midway, even considering going into business, he could not find something he was truly interested in, and decided to refine his acting performances instead.

Andy On and Jessica C. celebrated their son’s 100 days in Taiwan with Andy’s mother.

Jessica C. and Andy On have a loving marriage and two beautiful kids.

Andy On and Jessica C. announce the birth of their son Elvis!

The Hong Kong-based model and wife of Andy On is currently 38 weeks pregnant with a son.

Andy On and Jessica C. share some beautiful family photos.

Andy On and Jessica C. are expecting again!

Married since October, Andy On and Jessica C. said they are trying hard every day to conceive their second child. 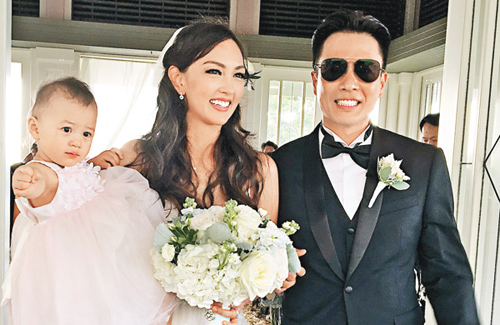 After a two-year engagement, Andy On and Jessica C. finally held their wedding in Hawaii. Their daughter, Tessa, was the flower girl.