Arnold Kwok (郭子豪), Matthew Ho (何廣沛), and Milkson Fong (方紹聰) were filming for their new drama Brain-Eating Zombie <食腦喪B> in Causeway Bay recently. Arnold revealed that he had stayed at a hotel for some time, so he could get to TVB Studio for work more conveniently.

Due to his drunk-driving arrest last year, Arnold’s driving license was suspended for one year. Without his license, Arnold’s commuting cost has been very high. He said, “I live really far away, and calling a taxi costs three times more. I even tried staying at a hotel near Tseung Kwan O, so Matthew can give me a ride on the way to work. Staying at the hotel helped me focus on studying the script better. However, with Covid-19, I had to move back home.”

Commenting on Arnold’s commuting situation, Milkson said, “When he stayed at the hotel, we would constantly practice our scripts together. After work, we would go to the cafeteria for breakfast.”

Unable to drive until May, Arnold commented, “My car is just parked in the parking lot. I don’t even turn on the engine, but my license suspension will be removed in May. I will not be drinking alcohol anymore. To celebrate, I will probably just drive around the neighborhood with my friends.”

In the zombie-inspired drama, Matthew has super powers. In the scene that the trio filmed, Matthew was grieving over the death of a character in the drama, but he couldn’t openly display his emotions. “I had to run from Causeway Bay to Chai Wan. My character has no tears and sweat, so I had to show my grief without any crying.” 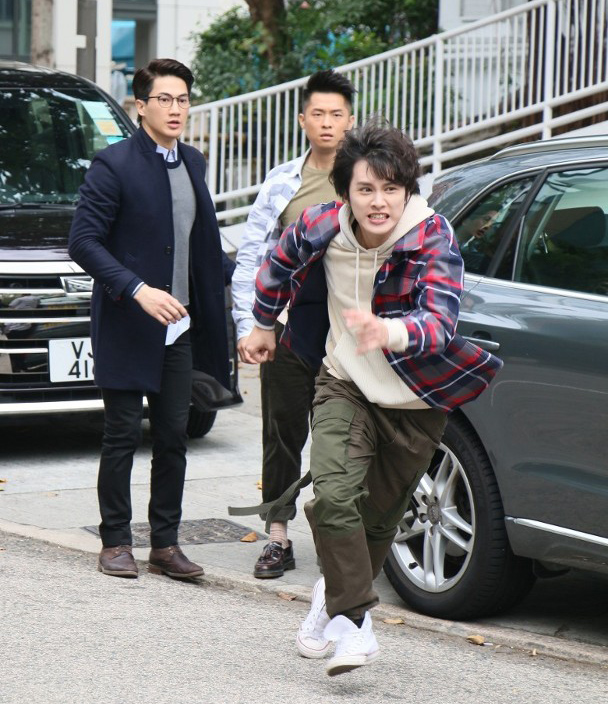