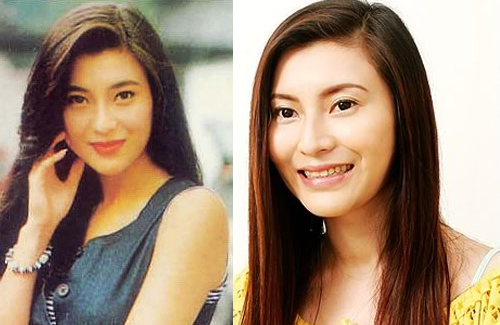 Twelve years ago, ATV actress Erica Choi (蔡曉儀) suddenly disappeared from the entertainment scene after returning to Hong Kong from a promotional tour in Thailand. Erica was one of ATV’s leading actresses in the 1990s, and her last project was a guest appearance for the ATV drama Law 2002 <法內情2002>, which also starred Anita Yuen (袁詠儀) and Felix Wong (黃日華).

Erica’s mysterious disappearance led to many conspiracy theories. Rumors said that Erica was mentally unstable and was struggling with a mood disorder.

“Yes, something crazy did happen that year,” Erica confirmed in her interview. “When I was still with ATV, I traveled to Thailand to do some promotion. I met a Thai-Chinese, who pursued me, but I rejected him. Afterwards, someone cursed me with black magic. I lost control of my emotions, and I felt like dying. I was always feeling down, and I also attempted to commit suicide several times.”

In her first suicide attempt, Erica tried to swallow pills, but her family members saved her just in time. In her second attempt, she tried to slit her wrists with a knife, but fortunately, the knife was too dull. Erica spent some time recovering in the hospital and under the care of her family.

“My elder sister was there to support me in my darkest times. She cried a lot because of me. She was also my economic support in the last few years.”

Asked why Erica chose to disclose such a private matter in her life to the public, she said, “I want to share my experiences. I want to say that even if you’re faced with difficulties, you must clench your teeth and work through it. Circumstances will change with the passage of time, and you will eventually see your sky. We should not give up when we are troubled. After suffering comes happiness.

“I am ready to make a comeback,” the 42-year-old said in a recent interview. “I will face my life positively.”

49 comments to ATV Actress, Erica Choi, Claims She Was Cursed by Voodoo Spell