Two of the most highly anticipated Chinese films, Director Feng Xiaogang’s (馮小剛) Back to 1942 <一九四二> and Lu Chuan’s (陸川) The Last Supper <王的盛宴>, will clash at the box office. Both films will release on November 29 in China. Will audiences prefer to watch Feng’s big-budget World War II epic about the worst famine in Chinese history or Lu’s retelling of the Chu-Han contention?

Back to 1942 is set in the heart of China during the depths of World War II, when Henan Province was devastated by the most tragic famine in modern Chinese history, resulting in the deaths of at least 3 million men, women and children. Although the primary cause of the famine was a severe drought, it was intensified by locusts, windstorms, earthquakes, an epidemic disease, and the corruption of the ruling government.

Filming began last October after 9 months of pre-production, and it was completed in March this year. An additional 7 months was spent on post-production. However, it took Director Feng Xiaogang 17 years and 3 attempts to finally bring the novel of the same name to the big screen. The total budget of the movie exceeds $ 200 million RMB. As the brainchild and the director of the movie, Feng said the release of the movie is akin to finally getting married after dating someone after 17 years, and he is grateful to everyone who was involved in the movie from its conception to its completion.

Producer Wang Lei (王中磊) said, “The completion of Back to 1942 is a demonstration of our perseverance. Had we made the movie on our first attempt, it may not have produced similar results. Everyone from the creative team to the production company has matured and learned from many past mistakes. I believe this is the perfect moment to show the results to the viewers.”

Back to 1942 is not the only movie making its debut in the lucrative year-end box office. The Last Supper, is also set to release on November 29. It was originally scheduled to be released on July 5, 2012, but was delayed for a year-end release.

The plot is based on the story of two warring generals, Liu Bang (Liu Ye 劉燁) and Xiang Yu (Daniel Wu 吳彥祖), fighting for control of China at the end of the Qin Dynasty. The movie follows the events leading to the Feast at Hong Gate. One of the highlights of the power struggle, the Feast at Hong Gate was the banquet that spelled the end of Liu Bang. During the banquet hosted by Xiang, Liu barely escapes from assassination, and the rest is history.

The Feast of Hong Gate has been made into movies more than once. However according to the director, The Last Supper was based entirely on newly discovered historic facts and it is the most accurate depiction to-date.

Releasing on the same day, it is hard for audiences to try to pick their favorite between Back to 1942 and The Last Supper. At the end, each film has different plots, different genres, and they are set in different eras, so they cannot be compared.

This article is written by Lance for JayneStars.com.
Note: This article is written for JayneStars.com. DO NOT re-post this article on any other websites. No part of this article may be copied, reproduced, rearranged, redistributed, modified by any means or in any form whatsoever without prior written permission.  You may use the content online and for your non-commercial, personal use only. Copying these materials for anything other than your personal use is a violation of copyright laws. Should you wish to share this article, we recommend that you: (i) link directly to the article at JayneStars.com on your website; or (ii) share this article link via social media sites such as Facebook and Twitter.
Categories: Movies, NEWS
Tagged: Adrien Brody, Back to 1942, Chang Chen, Daniel Wu, Feng Xiaogang, Liu Ye, The Last Supper, Tim Robbins 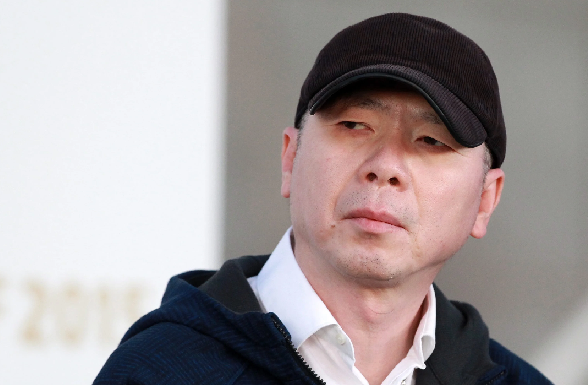