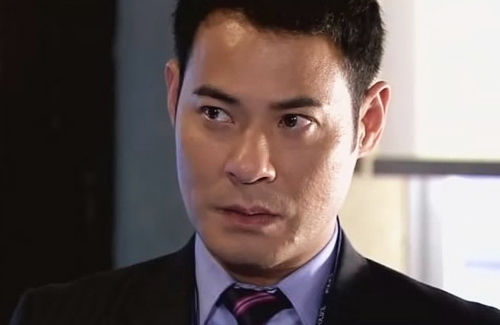 TVB will soon unveil the Top 10 nominations for its 45th Anniversary Awards. Known for his strong acting skills, Ben Wong (黃智賢), won the Best Supporting Actor award last year and it was expected that he will again be a strong contender in this year’s race. When Ben learned that he was omitted from a leaked version of the nomination list, Ben was furious.

Oriental Daily obtained an early copy of the Top 10 nominations list, in which Ben Wong was notably absent in the Best Supporting Actor category. Ben had electrified audiences with his impossibly evil character, Poon Sir, in Highs and Lows <雷霆掃毒>. It was speculated earlier that Ben will be a strong contender against Power Chan (陳國邦) and Koo Ming Wah (古明華) in this year’s Best Supporting Actor race.

“I am very surprised and of course disappointed! I don’t know what the rules are. This year, we talk about fairness and the people’s wishes with the one vote per person system. Now that I am not even nominated, where is the fairness? How is it fair that Poon Sir is not nominated?” Ben said angrily.

After his strong performance in The Confidant <大太監>, Power Chan  has emerged as the front runner to challenge Koo Ming Wah in the race. Power’s colleagues and the media’s confidence that he will win the award has increased significantly. Since Koo Ming Wah is also a fellow graduate of The Hong Kong Academy for Performing Arts, Power said he will be happy if Koo wins as well. Both veteran actors were happy that their roles left a deep impression upon viewers and their acting was widely appreciated.