As a result of the pandemic, many people have chosen to stay at home and watch dramas as a pastime. People have been tuning into the currently airing TVB drama Airport Strikers <機場特警>, which revolves around the Airport Special Police Unit. The audience’s feedback has been relatively positive, and the actors have been a hot topic lately due to their charming portrayals of cops. It turns out many Hong Kong actors who portrayed cops were former policemen! 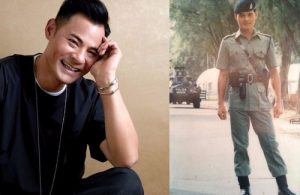 After graduating from the police training school, Ben served successively in the Patrol Sub Unit and the Police Tactical Unit. After three years as a policeman, he resigned to join the TVB Artiste Training Class. Since then, he portrayed a cop numerous times, such as in the dramas, On the First Beat <學警出更> and A Great Way to Care <仁心解碼>. 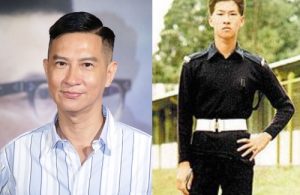 Nick worked as a police officer in the 1980s. When his application to become a police detective was rejected, he resigned and joined the entertainment industry. Nick often plays a cop in movies such as The White Storm <掃毒> and Helios <赤道>. 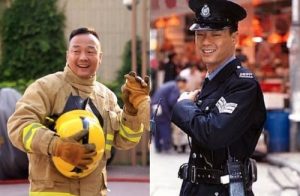 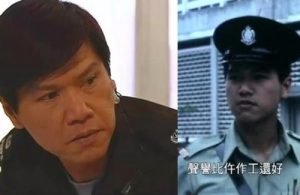 Dominic is a graduate of the first annual Hong Kong Junior Police Training Program in 1974. After receiving the prestigious Silver Whistle Award, he officially became a policeman and served as the first host of the television program, Junior Police Call <少年警訊>. He eventually became an actor when a producer from Rediffusion Television, the first television station in Hong Kong, noticed him. 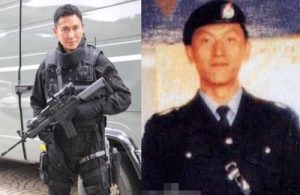 Joe’s two older brothers, who were policemen, influenced him to apply for the Royal Hong Kong Police Cadet School after graduating from the ninth grade. In 1987, he officially joined the police force. He was in the Patrol Sub Unit, Police Tactical Unit, and VIP Protection Unit, which is also known as G4. 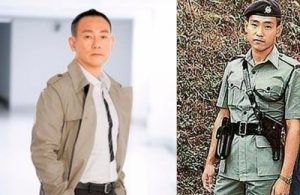 Bowie worked as a policeman for four years before stepping into the colorful entertainment world. He first joined a record company to be a singer before moving onto acting. Critically acclaimed for his acting skills, Bowie won Best Actor with his performance in War and Beauty <金枝慾孽> in 2004. 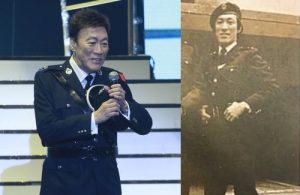 Philip served as a member of the Criminal Investigation Division, as well as a Police Training School instructor and a Detective Training School instructor. He joined the Hong Kong Police Force as a Probationary Inspector of Police in 1965. He was eventually promoted to superintendent in 1974. The next year, he wrote the screenplay for the movie Jumping Ash <跳灰> as an amateur, and later joined the entertainment industry. 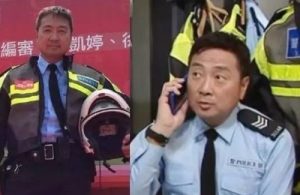 Raymond has been in the entertainment industry for 30 years, and most of his roles are related to the police. Unbeknownst to most is that Raymond was a policeman before switching to acting. He joined the Royal Hong Kong Regiment in 1991 and became a member of the Hong Kong Auxiliary Police Force in 1997. He was once stationed in Saigon as a member of the Patrol Sub Unit.