Hong Kong’s fast pace of living and recent unstable political climate is expected to result in a third wave of locals leaving the city. Here’s a look at four celebrities who have chosen to settle overseas to find greater happiness in their lives.

Boss of Her Own Interest-based Businesses in Taiwan: Mandy Chiang 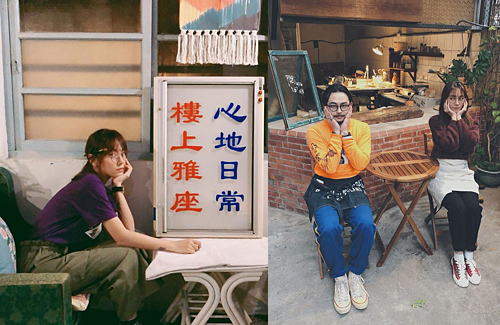 Former Emperor Entertainment Group (EEG) artiste Mandy Chiang (蔣雅文) gave up her entertainment career in Hong Kong and moved to Taiwan in 2012 to enjoy a slower pace of life. Although many Hong Kongers dream about setting up their own cafes in Taiwan to escape the hectic lifestyle, Mandy revealed that the costs of starting a business are not small, contrary to popular belief.

Having moved to Taiwan for many years, she has since opened stores in Taipei and Hualian cities selling handmade alcohol-infused glutinous rice balls and creative DIY products. Mandy revealed that she had brought only two months’ of living allowances to Taiwan back then, and encountered many difficulties trying to set up her own business. Now the owner of a grocery shop, cafe and apparel store, she enjoys the satisfaction her job brings despite being very busy.

Chasing Their Dreams in England: Mark Lui  and Jade Leung 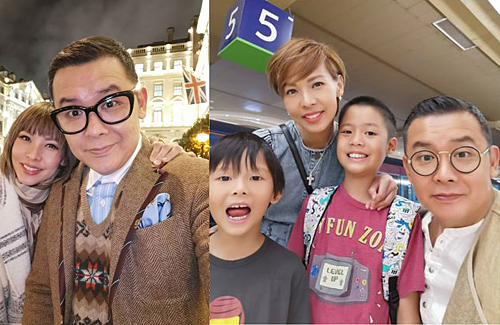 Having lived in England once, Mark Lui (雷頌德) and his wife Jade Leung (梁家玉) preferred the country’s education system over Hong Kong, and decided to immigrate there for the sake of their three sons’ further studies. As Mark is a civil engineering graduate of Imperial College London, he took charge of the interior design of their current luxury home in England, combining modern and English country-style elements to create an elegant and tasteful home.

Praising her husband on Instagram, Jade was very satisfied with the kitchen  in their luxury apartment which he had designed. Working towards her dream of becoming a legit chef, she diligently attends professional culinary courses locally, and even earned herself a chance to showcase her cooking at a Michelin-starred restaurant.

Since relocating, the pair had hosted many celebrity friends who dropped by including Michele Reis (李嘉欣), William So (蘇永康) and Aarif Rahman (李治廷). After completing her concert at the Hong Kong Coliseum last year, Sammi Cheng (鄭秀文) also traveled to England with her husband Andy Hui (許志安) along with Dicky Cheung (張衛健) with his wife, and the group were brought around for sightseeing by Mark and Jade. 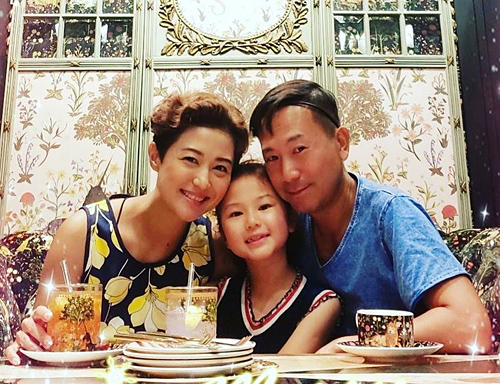 A popular tourist destination for Hong Kongers, Thailand is well-liked for its affordable shopping and food options. Mimi Lo (羅敏莊) and her husband Power Chan (陳國邦) fell in love with the Land of Smiles after frequent vacation trips there and were motivated to relocate permanently there due to Hong Kong’s sky-high property prices. A few years ago, Mimi had already invested in a property in Bangkok targeted at foreigners for a sum of $3 million Hong Kong Dollars, and the family of three hopes to relocate there in 2022.

To help others like themselves who are keen to emigrate there, Mini especially started a Facebook page to share her experience of property-viewing in Thailand, collaborating with local property developers. Besides creating videos introducing local real estate, she even went a step further and set up her own property-viewing trips, personally leading groups to view the latest properties in Bangkok. 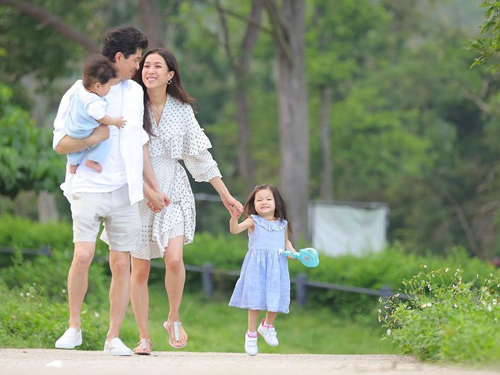 Growing up in Vancouver, Canada, Linda Chung (鍾嘉欣) had taken part in the Miss Chinese International pageant, which launched her career and rise in Hong Kong, becoming a popular actress at TVB. In 2015, she married her husband Jeremy Leung and had two children while putting her career on the backpedal to enjoy family life.

The family of four live in a 4,000-foot mansion reportedly worth about HK$16 million. With their home located in a safe and comfortable neighborhood with many renowned schools nearby, Linda would bring her kids out for playtime regularly, such as a skiing trip last Christmas.

Becoming a full-time mother, Linda would return to Hong Kong only for public appearances or to meet up with old friends, always staying for just a few days so she could return back to her family in Canada. She last appeared in 2018’s Another Era <再創世紀>, as the drama had stopped over in Vancouver for a month of location shooting, making it convenient for her to balance both work and family commitments. The actress is now temporarily back in Hong Kong, getting ready to film TVB drama Children’s Hospital.