After marrying chiropractor Jeremy Leung in 2015, Linda Chung (鍾嘉欣) stepped away from the Hong Kong entertainment industry and moved to Canada. The couple has two children, Kelly and Jared, and recently announced that they are expecting a third child. Staying active, Linda has stayed active and been sighted enjoying her summer with her children.

Despite leaving TVB in March, Linda continues to interact with fans through social media and her YouTube channel and remains a recognized face among Chinese viewers. Giving up her career to care for her family, Linda is an extremely involved mother and often shares parenting tidbits on her YouTube channel.

Several days ago, Linda and her daughter were spotted at a local pool in Vancouver. Donning a dark-colored swim suit, Linda’s baby bump was easily noticeable. Although in the latter half of her pregnancy now, Linda still appears slim and fit.

The fan who spotted Linda, had also sighted the actress on several occasions, was full of praises for Linda, “Not long ago, I saw her at Walmart. She was pregnant and was walking around me picking out clothes. I saw her again recently [at the local pool]. She really is like the girl next door, as so many have spotted her out and about. Seeing her reminds of myself when I was young.” 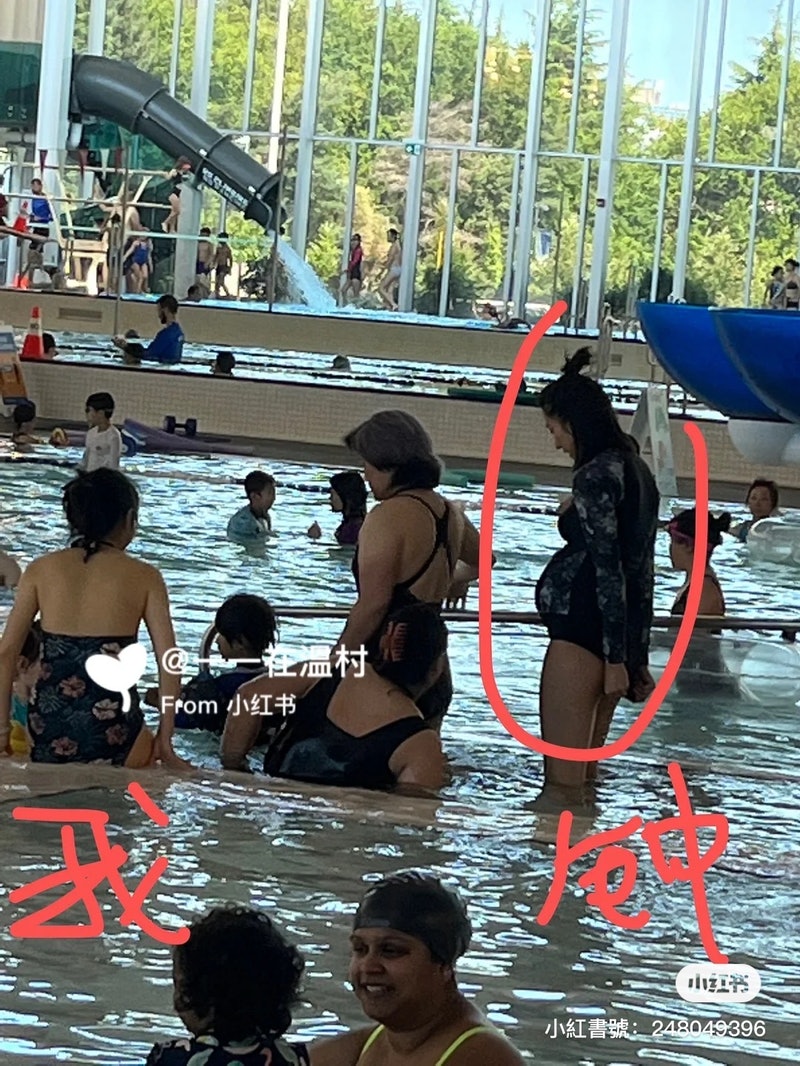 Linda Chung: “Don’t Settle and Get Married for the Sake of Getting Married”