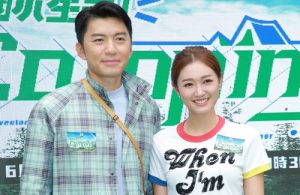 After Benjamin Yuen (袁偉豪) and Bowie Cheung (張寶兒) admitted to purchasing a property together for $70 million Hong Kong dollars, many wondered how the pair could afford the luxury home. The hefty price tag invited rumors of Bowie’s father paying the down payment as a dowry, sparking marriage speculations for the couple once again. During the promotional event for The PakhoBen Outdoor Show <兩個小生去Camping>, Benjamin and Bowie finally put the rumors to rest.

Benjamin said, “Everyone is probably curious as to why Bowie would have so much money given her [short] time in the industry. We worked really hard these past few years. We weren’t able to pay for everything at once, so we still need a few years to pay it off. This is our motivation, and we will work hard.”

As to whether Bowie’s father helped with the down payment, Bowie only said, “The bank also helped, mainly because we wanted to invest.” 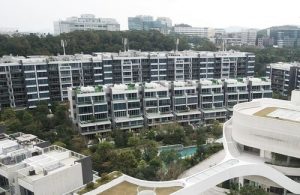 The duo bought the 2,205-square-foot Clear Water Bay property, which is under both of their names, for HK$66 million. The luxurious unit includes a 568-square-foot private garden, and it comes with two parking spaces for an additional HK$4 million. The purchase is not only an investment but also a step towards marriage.

Bowie said they accelerated their marriage plans after a person jumped off a building and broke her car earlier this year. Fortunately, the car was unoccupied at the time, but the incident allowed Benjamin and Bowie to realize that life is impermanent. “We want to cherish each other more after this incident,” Benjamin expressed. “We are not getting married right away, but we do have a plan. We’ll announce it when the time comes.”