Travelling to China for filming two months ago, the cast and crew of Big White Duel 2 <白色強人II> finally finished their last scene. The cast had mixed emotions, feeling excited to see the project completed but also a bit sad saying goodbye to each other. Producer Marco Law (羅永賢) organized a wrap party and popped champagne bottles to celebrate.

Despite the challenges he faced, Kenneth Ma (馬國明) admitted that filming the medical drama was his most memorable experience since joining the industry. “Once we arrived [in China], we had to immediately undergo a long quarantine because of the pandemic. Our cast and crew had a total of 40 people, so it felt like we were facing the obstacle as a team. We experienced a lot of things and had to undergo multiple COVID-19 tests throughout the filming.” 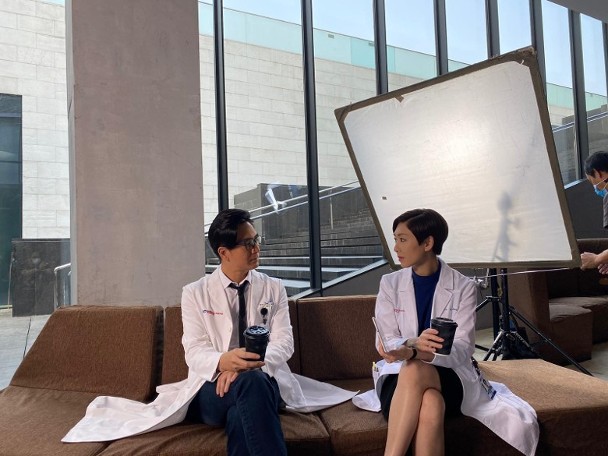 The cast travelled to four filming locations, including Shanghai, Qingyuan, and rural areas. Many scenes involve meetings with the legislative council and the World Health Organization. Despite the hectic filming schedule, Kenneth said, “It was very lively, and our team spirit is still strong! I hope the pandemic will be over soon, and we won’t need to go through so many obstacles together again.”

As there are many surgical scenes in Big White Duel 2, Kenneth commented, “Surgical scenes take even longer to film because every process and action cannot be incorrect. They were filmed in extreme detail, and we need to do our best to make them as realistic as possible.” 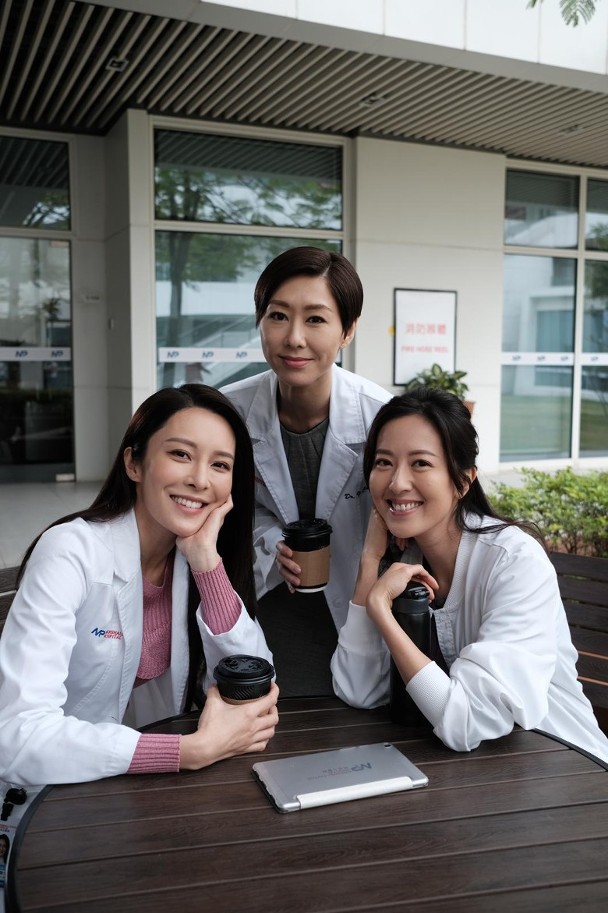 Similarly, Nancy Wu (胡定欣) felt pressured filming operating scenes as it was the first time she portrayed a doctor in a drama. “There were many professional doctors on set to direct us. We had many questions because we had to act out very precise actions correctly. It was definitely not easy–luckily my hands didn’t shake, but Kenneth had a harder time because he has even many surgery scenes.”

The cast faced different challenges, and for Natalie Tong (唐詩詠), she had a hard time acclimatizing and experienced diarrhea and an eczema flare up. “My entire face was red and bumpy. I think I was unable to acclimatize to the change in weather. The friends who had finished quarantine sent skincare products to help, but my skin didn’t improve at all. Ironically now that filming has finished, it has finally gone away! It’s like this every time–I really have to thank the producer who will have to help me edit away my imperfections later on.”

Despite the mishaps and filming pressure, one lively occasion a surprise party the crew threw for Moses Chan‘s (陳豪) 50th birthday celebration. In addition, he attended a shopping mall event that allowed him to earn endorsement fees while celebrating his birthday with fans. Grateful that filming completed smoothly, Moses is also thankful towards Aimee Chan (陳茵媺) for taking care of their three children by herself while he was gone.

After an arduous filming experience, the cast can now finally return home to their loved ones in Hong Kong!