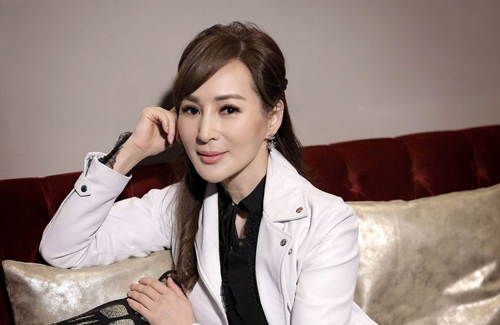 Perhaps best known for her role as Seung Seung in A Kindred Spirit <真情>, 54-year-old Candy Law (羅霖) gave up her acting career at the height of her popularity to get married with businessman Roger Lau (劉坤銘) and start a family. When the couple got married, Roger’s family had requested for Candy to leave the entertainment industry.

Reflecting on this decision, Candy shared, “I discussed it with my family at the time. My parents felt that I was not young anymore and if I don’t get married at that time, then I would not be able to get married later. I also consulted with Nancy Sit (薛家燕) and Louise Lee (李司棋) for their opinions at the time. They both felt that I should get married, because when fate comes knocking on your door, there’s no avoiding it.”

Despite Roger’s family’s request for her to leave the entertainment industry, Candy stubbornly insisted to stay partially in the limelight and continued to attend charity events and film commercials. This was one of the factors that may have contributed to the gradual breakdown of her marriage.

The divorce would become one of the biggest setbacks in Candy’s life. For a half a year after the divorce, she would often hole herself up in her room and cry to sleep. It was only after she rediscovered her religious beliefs, newfound determination to raise her three boys, and for the sake of her aging parents that she decided to determinedly get back on her feet. She candidly shared, “I thought about committing suicide at one point. However, I thought about how easy it was to die. Everything would be over for me. But what about my children and parents? They will suffer and grieve for the rest of their lives. Because of them, I decided I needed to get back up.”

In order to provide for her children, Candy bravely re-entered the entertainment industry at 50 years old. Although she had doubted herself, she refused to back down. “When I first re-entered the entertainment industry, the first thing I did was publish a photo book. I was 50 years old at the time, so I was bound to receive a lot of criticism and harsh comments. Things like ‘Someone that old is publishing a photo book?’ or ‘Who will want to look at those photos?’ I had no choice to but to stand strong and keep going. I think the most important thing is that when a person falls, they have to learn to get back up. You cannot let other people’s words deter your confidence. A person will definitely go through ups and downs in life.”

Despite all the naysayers, Candy’s photo book was a huge success.  Now a happy, self-sufficient single mother of three boys, she continues to have many pursuers.