Although Hong Kong artistes Carlos Chan (陳家樂) and Shiga Lin (連詩雅) have always been vague that they are dating, the couple’s relationship is an open secret. After two years of getting to know each other, the couple is ready to take to the next stage and are engaged!

The couple met while filming travel program 12 Summers < 12個夏天> and shortly after, the media spotted the two going on dates. The couple’s relationship has been going steady and they have reportedly met each other’s parents and friend circles.

Feeling that the timing is right, 35-years-old Carlos took the initiative to plan Shiga’s 34th birthday party and gave her the biggest surprise of her life. The proposal was planned under the guise of a fishing boat trip with friends. When Shiga returned from the washroom, she was greeted by a room filled with balloons, flowers, LED lights and cake. Shiga was deeply moved by Carlos’ romantic gesture and said, “Yes!” 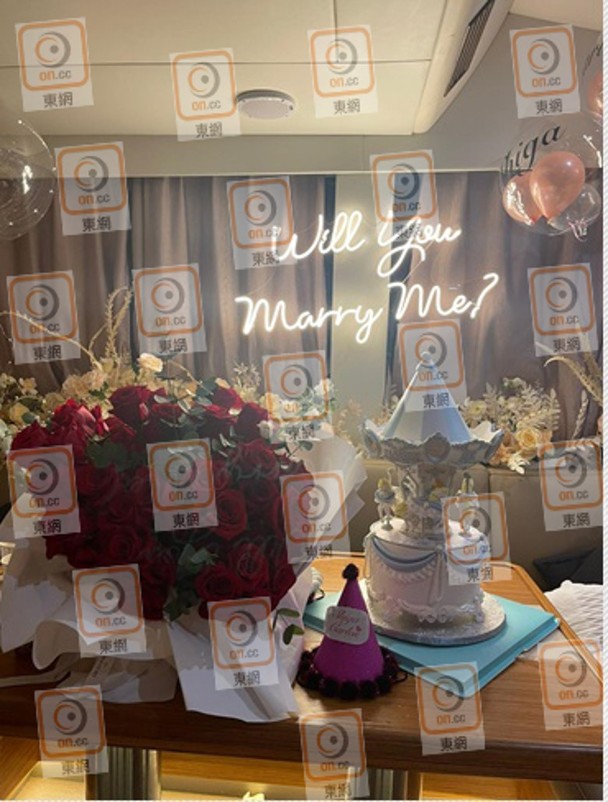 In order to surprise Shiga, Carlos kept the propose a tight secret and only told his plans to his agency Emperor Group chairman Albert Yeung (楊受成) and manager Mani Fok (霍汶希). As Carlos’ grandparents were kept in the dark until after the proposal, Carlos would have to work hard to quell their anger!

Taking Time to Prepare for Wedding

After the proposal, Carlos spoke with the media to share the good news, “Thank you for your concern. We are engaged and we received a lot of blessings from friends. We are very grateful.”

When asked about their wedding plans, Carlos responded, “We don’t have a concrete plan for the wedding because we both have work commitments to focus on. Wedding planning requires consideration and time to prepare, so we will put it on hold for the time being. When we have more details, we will share it with everyone.”