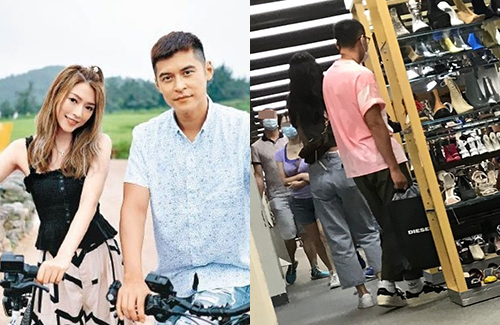 Both freshly single after ending their respective long-term relationships, the Carlos Chan (陳家樂) and Shiga Lin (連詩雅) dating rumor couldn’t have come at a better time. The rumored couple met and became friends following their collaboration in the TVB travelogue 12 Summers <12個夏天>, in which they hosted three episodes focused on Wando County, South Korea.

Bonding over common experiences and interests, it was said that Carlos and Shiga quickly became lovers. There were even reports claiming that Carlos often spends the time at Shiga’s house. Apparently, even their managers did not know about their relationship.

When drilled by reporters about their alleged romance, Carlos and Shiga vehemently denied, insisting that they are just friends. As both artistes are rising in prominence within the entertainment industry, their careers are still delicate. A romance could potentially set them both back. 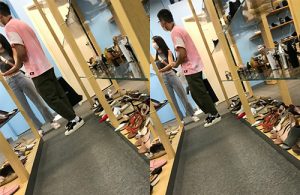 But that hasn’t stopped them from meeting up. Burying their relationship underground, Carlos and Shiga was recently spotted shopping at various outlets in Ap Lei Chau, far away from the center of media attention. They tried to blend it as best as they could. They entered stores separately, and did not regroup until they made sure they could be left alone. According to reports, Carlos and Shiga had secretly held hands at one point.

After shopping through the women’s apparel section, Shiga proceeded towards the shoes. Carlos tagged behind, holding Shiga’s shopping bags. He also gave her advice and suggestions when Shiga was stuck between two items. Carlos patiently waited for her as she tried out her shoes.

Carlos and Shiga circled around the store for half an hour. When they discovered that they were being followed, they immediately “separated” and left the store.