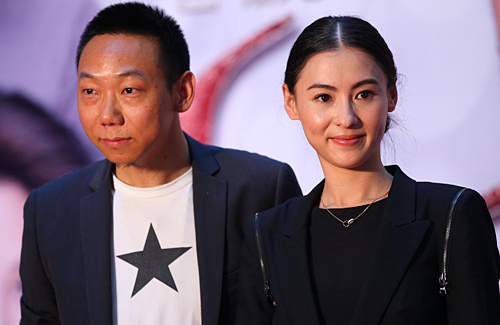 Cecilia Cheung (張栢芝) is being sued by her former manager Yu Yuxing (余毓興) in 2011. The management contract stated that Cecilia would participate in four films arranged by Yu Yuxing. Despite being paid in advance, Cecilia had not fulfilled the contract’s terms of filming the required number of movies within the eight years.

In addition, Cecilia also signed another contract with AEG Entertainment Group Limited in 2012, of which she would participate in two films arranged by the company. It was recently reported that Yu Yuxing, along with the AEG Entertainment Group Limited, are suing Cecilia and had filed a petition in the High Court to recover the remuneration amount and its associated losses of $12 million Hong Kong dollars.

The petition alleged that Cecilia violated the terms of her contract and had not fulfilled its agreement to shoot a movie after receiving payment. In addition to suing for the remuneration amount, the plaintiffs are also suing for compensation of any associated losses due to the breach of contract.

Court documents stated Cecilia signed two performance contracts with AEG and Yu Yuxing, both of which are known as the “Global Exclusive Manager Contract,” which is a contract in which Yu Yuxing and her company, AEG, is the sole manager of Cecilia and can be the only one to schedule work for her.

The lawsuit is demanding Cecilia pay HK$10 million to AEG and HK$2.76 million to Yu. A hearing date is yet to be scheduled.