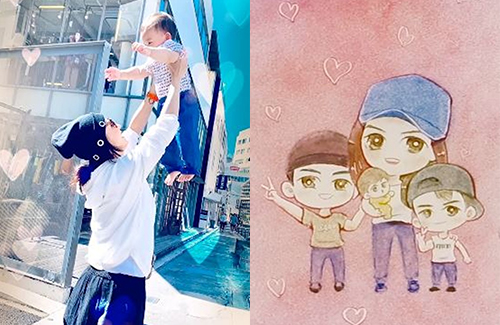 In a video clip she shared on Monday, the 39-year-old actress carried Marcus in the air, revealing a part of his face. As Cecilia is extremely private about her family, the video is actually our first glimpse of Marcus’ face!

Cecilia, who made her debut in Stephen Chow’s (周星馳) King of Comedy <喜劇之王>, have two other sons Lucas and Quintus, respectively 12 and nine years old, with actor-singer Nicholas Tse (謝霆鋒). The couple were married from 2006 to 2011. Cecilia announced Marcus’ birth in November 2018, but has not disclosed the father.