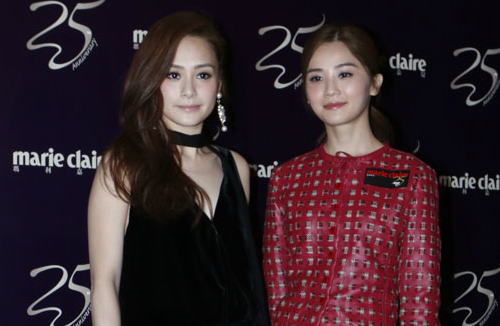 Charlene Choi (蔡卓妍) is now the proud owner of a $40 million HKD luxurious home located at Redhill Peninsula in the Southern region of Hong Kong Island. At a promotional function that she attended with fellow Cantopop duo Twins member Gillian Chung (鍾欣潼), Charlene shared that her mother was the one who organized the transactions. At the moment, she is still unsure about whether or not she would move into her new home or use it for investment purposes.

When asked if Charlene has a net worth of hundreds of millions, she indirectly responded, “If so, am I allowed to pay less tax?” Earlier tabloids also speculated that Charlene decided to move out of her current home in Kowloon Tong to avoid residing in the same district as her ex-boyfriend William Chan (陳偉霆). However, the singer denied the reports and exclaimed her decision had nothing to do with him. Since both Charlene and William have their birthdays next month, reporters asked if they would give each other gifts. Charlene replied impatiently, “Stop asking me these, it’s pissing me off!”

Gillian, who was standing beside Charlene, expressed that her mother also manages her finances and investments. When asked if she gives all her salary to her mother, Gillian replied, “It’s directly transferred into her account!” Charlene laughed and added, “A lot of people call me a miser, but it’s because I give my mom all my money!”