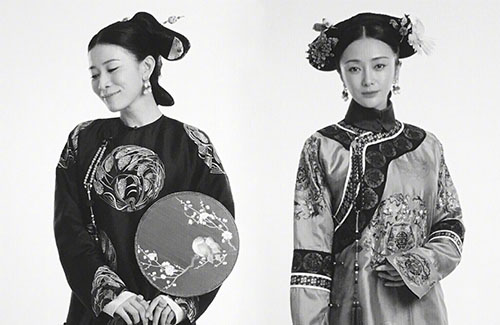 After going through a neck injury a few years back, Charmaine Sheh (佘詩曼) avoided doing acting projects that required her to use a headdress. As a result, Charmaine had to turn down many offers for historical period dramas—her last period drama was The Legend of Kublai Khan <打仗天才忽必烈>, shot in 2012.

Many fans have expressed their surprise at the casting announcement, commenting their shock at seeing a relatively unknown actress leading over Charmaine, who plays only second fiddle to the main storyline.

Nonetheless, fans are quite eager to see Charmaine don the Manchurian dress again. Though Yu Zheng’s productions are usually met with criticism, many are putting the show on their radar thanks to Charmaine’s casting.

“For [Charmaine] I will break the rules and watch a Yu Zheng drama,” one netizen said. “I guess he won now that he actually invited Charmaine Sheh,” said another.

Yanxi Strategy began production in May and is slated for 50 episodes.