Cheung Tat Ming on Being a Cancer Survivor 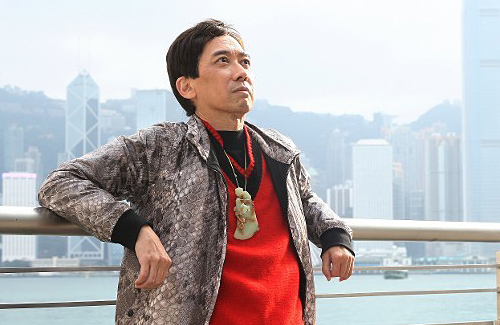 The actor chooses to remain positive despite life’s traumatic ordeals.

Diagnosed with nasal cancer in 2011, 55year-old actor Cheung Tat Ming (張達明) faced an onslaught of painful challenges including medical treatment, metal poisoning, divorce and financial troubles. Despite this, the actor grit his teeth and overcame them all, continuing to star in roles he is physically capable of handling.

Could Develop Brain Tumors Due to Extensive Chemo/radiotherapy

As an actor, Tat Ming tries to bring positive energy and often puts on a smile for viewers, but in fact his body has not fully recovered. The heavy metal poisoning he suffered previously left the metal levels in his body over 63 times that of normal levels, leading to serious residual effects. He said, “Although the metal has been removed, now I have other symptoms, such as numbness, muscle atrophy and degeneration at the legs. Now I walk really slowly. The chemotherapy and radiotherapy I underwent caused my brain to be affected; the doctor told me there is a chance of tumors developing.”

Despite this, Tat Ming is positive that his muscle atrophy problem could be solved, as TCM practitioners have told him that a nutritious diet can help muscles to develop.

Fall From the Top

Before he was ill, Tat Ming always felt that he was a lucky person, having a smooth career and a joyful family. Unfortunately, his illness caused him to lose much and even put him in dire financial straits. He admitted that he had thoughts of death at one point, but banished it when he remembered his children. Being struck by the triple whammy of illness, divorce and financial woes, he had suffered a great deal. But Tat Ming said optimistically, “Luckily I still have my family and friends’ support, so everything does not matter.”

Working hard on his recovery and continuing with his work is what Tat Ming tries to achieve now. Despite his limited mobility, he puts in all his energy and effort, recently appearing in the movies A Home With A View <家和萬事驚> and I’m Livin’ it <麥路人>. His efforts were recognized when he scored a Best Supporting Actor nomination at this year’s Hong Kong Film Awards for the latter film.

The humorous actor shared that he used much of his own “props” for his role in I’m Livin’ It, saying “My thin neck, the little hair I had, the weak body and slow movements, all these were the real me, so the role really suited me, haha!” Tat Ming loved the script when he first received it, and felt that the most beautiful part of the film was how a group of people who each had their own share of problems met at a 24-hour fast food restaurant and helped each other.

Bringing up the ending scene of the film where the homeless protagonists came together for a photo to symbolize hope for the better, Tat Ming saw the parallel with his own life and could not stop tears filling up his eyes. He continued, “The ending was that life improved for some, but not others.”

Staunch Belief that “The World is Still Beautiful”

Asked if he had felt that he was like one of the movie’s characters, Tat Ming said, “A little, but there’ll always be people who encounter tragedies. I happened to be the unlucky one to be stricken with this serious illness, but I like to see things positively. Until now, I still think the world is beautiful.”

Does he feel that his tumble from the very top made his encounters afterward especially painful? “Yes…(but) I also thank the heavens, they allowed me to see things from (the bottom).”

Not forgetting to reach out to potential collaborators, Tat Ming said that he can handle quiet, more static film scenes, and even called for companies to approach him. “There was a movie which wanted me as leading man, but I wouldn’t be able to handle the many squabbling scenes with my onscreen wife, though I will be able to do films like Guilt by Design <催眠·裁决> as the lawyer, jury member and even hypnotherapist, so don’t forget to look for me,” said the optimistic actor.

During Cancer Battle, Cheung Tat Ming Divorced Wife: “So We Can Both Live Better”

1 comment to Cheung Tat Ming on Being a Cancer Survivor