Due to COVID-19, the 39th Hong Kong Film Awards have forgone an awards presentation ceremony and instead announced its winners online. 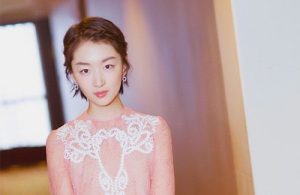 An alumna of the Beijing Film Academy, Zhou Dongyu first gained recognition for her role in Under the Hawthorn Tree <山楂树之恋> in her early career. In 2016, she won Best Actress at numerous awards presentations for her role in Soul Mate <七月与安生>. Regarding her win for Best Actress, Zhou Dongyu said, “Thank you to the jurors for their recognition of Better Days. Thank you to Jojo, director Derek Tsang (曾國祥), and all of the crew members for taking care of me. Better Days is a production that I personally really like. I also want to thank all of the people who have supported me. Thank you to everyone!”

Jackson Yee posted his thank you speech on social media, stating, “Thank you to the jurors for this symbol of recognition and encouragement. Thank you to all the crew members; this film was made possible due to your professionalism and selflessness. I am very lucky to have come across this movie in the summer of 2018 and to have come across Xiao Bei (the character’s name) which has given me this special life experience. Lastly, thank you to everyone who loved and supported Better Days. I will continue to work hard. Congratulations to our crew!”

Best Actor was won by Tai Bo (太保) for his role in Suk Suk (叔． 叔), a film about two gay men in their twilight years. Tai Bo was elated, thanking the Hong Kong Film Awards. “This movie has taken me on a magical journey. I think the 20 years of experience I have accumulated in Taiwan allowed me to bring this character to life. I love my work,  and time flies by. In a blink of an eye, I’ve been in the industry for many years. I am very honored to receive my first Hong Kong Film Award in Hong Kong. Thank you to the jurors for setting out a long red carpet that has added some color to my life. Thank you to all my peers who allowed me to shine! Thank you to everyone!” He also shared that his career started in Hong Kong, and he has learned many things from Hong Kong films.