The actor draws flak for expressionless acting, as viewers find it hard to be drawn into the story.

The success of Story of Yanxi Palace <延禧攻略> three years ago catapulted actor Xu Kai (許凱) to fame. Despite countless filming opportunities, the 26-year-old’s career failed to reach the same heights, as a string of five consecutive dramas he starred in received lukewarm reviews. Recently, his promising pairing with Best Actress actress Zhou Dongyu (周冬雨) in xianxia drama Ancient Love Poetry <千古玦塵> failed to live up to expectations as viewers were roundly disappointed by the performance of both leads.

Formerly a model, Xu Kai signed under “Golden Producer” Yu Zheng’s (于正) company in 2016 and started off being heavily promoted. In 2018, his onscreen role as Fucha Fuheng won him much recognition and he became a popular male god among fans. As he climbed up online search rankings, the company secured him many leading roles of every dramatic genre, from military-themed to xianxia dramas.

However, these productions did not perform as expected, as seen in their lackluster Douban ratings. His most well-received drama Once Upon a Time in Lingjian Mountain <從前有座靈劍山> achieved a score of 7, while none of his other productions including The Legends 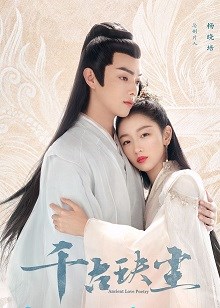 While many harbored hopes that Xu Kai’s collaboration with Zhou Dongyu in Ancient Love Poetry would push up his popularity once again, the first few episodes of the drama have already invited critique for its poor visual effects. Viewers also commented on the actor’s expressionless face, lack of emotional acuity, and failure to draw viewers into the plot.

Even Dongyu was not spared, as viewers felt that the she failed to channel the ethereal characteristics of the role, had exaggerated expressions, and delivered her lines without power. Many were disappointed by Dongyu’s performance and felt that television dramas are unsuitable for the prolific film actress.

Will Yang Mi Be His Lucky Star? 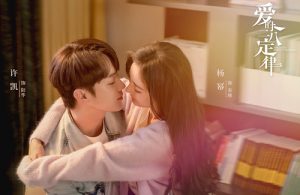 While expectations for Ancient Love Poetry have fallen to a new low, Xu Kai still has another chance to win viewers over in modern romance She and Her Perfect Husband <愛的二八定律>, which will see him pair up with “Queen of Ratings” Yang Mi (楊冪). Completing filming recently, the drama has already generated plenty of buzz from online discussions and went up Weibo search rankings several times when set photos were teased.

As one of the most high-profile celebrities in China, Yang Mi has over 100 million Weibo followers and wields much influence. Several male actors who have played her partner onscreen, including Eternal Love’s <三生三世十里桃花> Mark Chao (趙又廷) and Legend of Fuyao’s <扶搖> Ethan Juan (阮經天) have seen had their career fortunes rise as they were catapulted in fame. Thus, Xu Kai’s fans are hoping for the same effect when She and Her Perfect Husband releases.