The two appeared shy after a passionate outdoor kissing scene.

Yang Mi (楊冪) and Xu Kai (許凱) are nearing the completion of urban romance drama, She and Her Perfect Husband <愛的二八定律>, which revolves around an accidental couple who falls in love after drawing up a contract marriage.

Adapted from the popular novel, the starts with lawyer Qin Shi (Yang Mi) facing family pressure to get married. When a new job opportunity requires her to be married, she and Yang Hua (Xu Kai) decide to set up a marriage agreement for both their convenience. Living together to fool their families, both are unprepared that they would eventually develop deeper feelings for each other.

Surrounded by the public 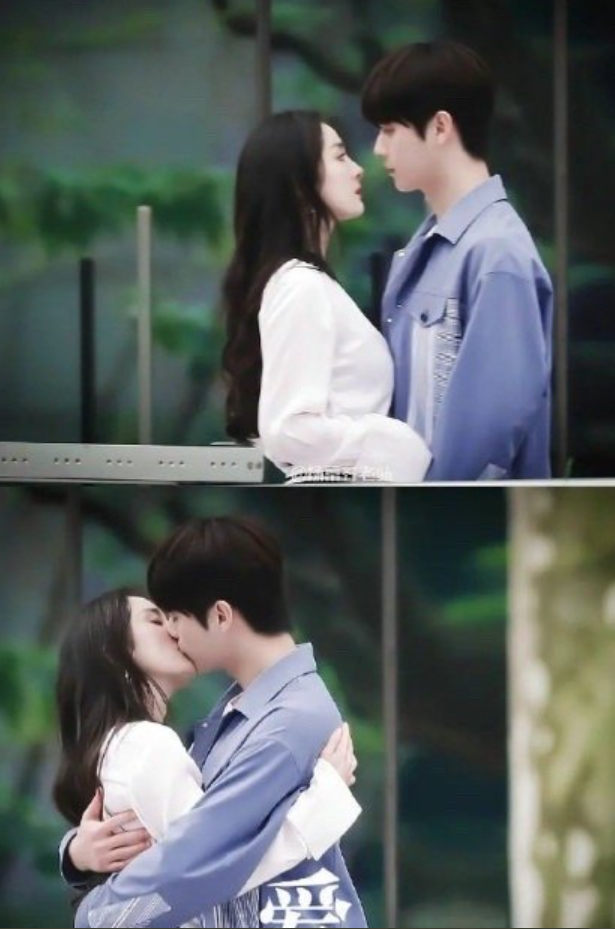 When they finally wrapped up filming in the evening and began walking away from the set, the seasoned actress was uncharacteristically embarrassed by hounding fans, despite being used to the phenomenon. She used her hand to shield her face and later switched to using the script which she had with her.

Perhaps amused by the situation, Xu Kai then grabbed the script from her and covered his own face with it instead, causing Yang Mi to then shield her face with bare hands.

The co-stars then rushed off hurriedly, escorted by crew members who signaled to the crowd to stop tailing along.