China’s May 1st “Golden Week” and October 1st National Day celebrations are key dates where films compete for a piece of the holiday box office pie. Following an unusual lull on the film lineup for this year, four titles were finally announced on September 22, with Born to Fly <長空之王>, touted as the Chinese version of Top Gun expected to outperform the rest. 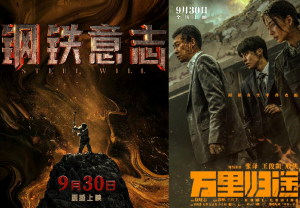 Films that are confirmed for a September 30th box office release include Li Bingbing (李冰冰) and William Feng Shaofeng‘s (馮紹峰) Ordinary Hero <平凡英雄>, inspired by the real-life story of a boy with severed arms from Xinjiang who was saved by the efforts of many; Wang Yibo (王一博) and Hu Jun‘s (胡軍) Born to Fly; Zhang Yi (張譯) and Wang Junkai’s (王俊凱) Home Coming <萬里歸途> which centers on a foreign diplomat incident, and Liu Ye (劉燁) and Cecilia Han Xue‘s (韓雪) Steel Will <鋼鐵意志>, a tribute by Liaoning province to commemorate the 100th anniversary of Chinese Communist Party’s founding. 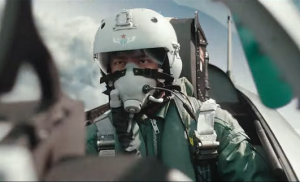 Out of the four films, Born to Fly, which drew heavily from hit Hollywood hit film Top Gun and also guest-stars Zhou Dongyu (周冬雨), is expected to perform at the box office, given its good balance of commercial appeal and a turbo-charged narrative.

Wang Yibo stars as Lei Yu, an outstanding pilot who has been picked from rigorous selections to lead China’s new generation of test flight personnel in testing out the most cutting-edge fighter jets. He is joined by Team leader Zhang Ting (played by actor Hu Jun) who must overcome various obstacles to complete arduous flight missions.

To enhance authenticity on set, Wang Yibo, Yu Shi (於適) and other young cast actors interacted with real-life test pilots to gain a better understanding of their experiences and had to undergo physical training prior to the start of filming, putting them in top form onscreen. A particular 360-degree free oscillation test flight scene, for which the crew had to capture multiple angles, also saw lead performers Wang Yibo and Yu Shi taking over ten physically demanding takes, followed by a short rest before they could continue.