Before the recent Squid Game phenomenon, Crash Landing On You starring Hyun Bin and Son Ye-jin had first brought K-drama to the fore, making waves across Asia, Europe and the United States after its release in 2019. 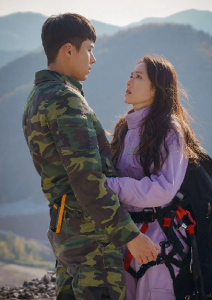 Filmed in multiple regions including South Korea, Switzerland and Mongolia, it tells the story of a South Korean heiress Yoon Se-ri who tests out her own sporting line on a paragliding trip, but ends up in the demilitarized zone between North and South Koreas due to a tornado. She meets army officer Ri Jeong-hyeok, played by Hyun Bin, who resolves to protect her till they figure a way out.

A cultural phenomenon, the series has generated widespread buzz and gained a cult following since airing. With its last episode ending on a high 21%, Crash Landing on You earned the distinction of being tvN’s highest-rated K-drama in history. Lead actors Hyun Bin and Son Ye-jin even became a real-life couple, to the delight of fans worldwide.

Recent news that a drama remake is in the pipelines has therefore raised plenty of eyebrows and anticipation alike. With Netflix and Korean media company CJ E&M revealed to be in talks for a US remake, fans are reacting with bemusement as they wonder how certain elements would be adapted, such as “where would [the landing] take place?” and “does US have [an equivalent of] North and South Korea?”, since the essence of the touching love story depends very much on the conflict between two countries that are perennially at odds.