Joining Nicholas Tse (謝霆鋒) in the second episode of Chef Nic <鋒味>, Daniel Wu (吳彥祖) flew all the way to Greece. Spending some time working together on the episode, the two reminsced their past filming memories and casually chatted about their personal lives.

Nicholas talked about being labelled as Patrick Tse’s (謝賢) son and how he lived in his father’s shadows during the early days of his career. However, through hard work and dedication, Nicholas became a household name through films and now through his own cooking show. Happy to be where he is now, Nicholas laughed that now Patrick is often referred to as Nicholas’ father instead.

Daniel said he has been reducing his work load in the last few years in order to spend more time with his daughter, Raven. Children grow up too quickly. Although she is only five years old, Daniel wants to spend time with her while she is still young, or he wouldn’t know how to get along with her when she grows older.

Besides chatting about their families, Nicholas and Daniel reminisced the earlier days in their career where they spent all their time working. When they were younger, both did dangerous stunts that could have risked their lives. Working on the movie Gen X Cops <特警新人類> together before, Daniel joked and said they should film Gen X Cops 3 soon, it will soon be called Old People Cops <特警老人類>.

This episode in Greece features the two actors trying to cook while renovating an old restaurant in the process. Possessing a degree in architecture, Daniel’s expertise was greatly displayed throughout the episode. Only half serious while working together, the two also often joked around like old friends – poking fun and laughing at each other’s expense. 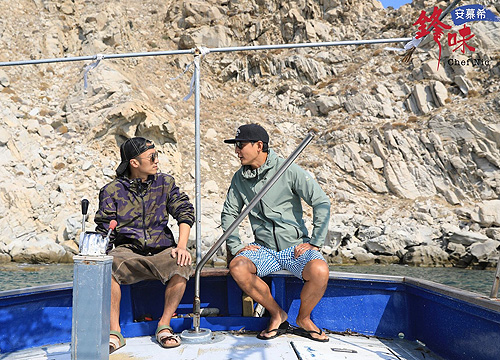 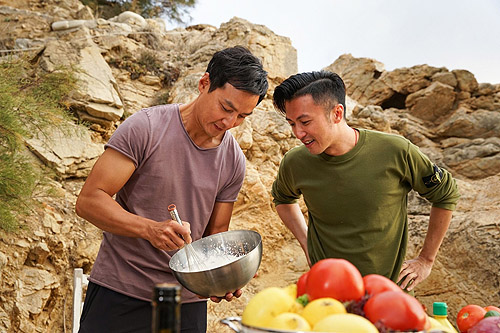