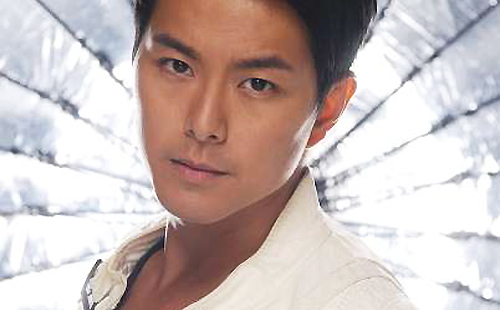 Entering the music industry in 2002, Edwin was first trained as a singer. After his music career mellowed, he signed a TVB management contract in 2008. Taking on minor supporting roles initially, Edwin has now ascended to leading status in new drama, Big Wheel <巨輪>. His onscreen exposure in TVB dramas has been non-stop, raising his recognition levels in mainland China.

Being a supporting actor over the past few years may have been a blessing in disguise for Edwin. Since many TVB artists, such as Moses Chan, were frequently filming dramas consecutively, they often missed opportunities to appear in stage performances to earn extra income. As a result, supporting actors such as Edwin snapped up these stage opportunities instead.

It was understood that Edwin performed in mainland China at least once each week. Commanding $80,000 to $100,000 RMB for each 20-minute show appearance, Edwin’s income from onstage jobs pushed his income to soar past $5.57 million HKD year-to-date, making him one of the TVB actors with the heaviest pockets!

In comparison, Moses’ income was estimated to be $6.87 million HKD year-to-date.

Among TVB actors, it was reported that only Michael Tse (謝天華) and Edwin Siu did not mind singing at bars. However, Michael’s appearance fee was $200,000 RMB per show, making Edwin appear to be a relative bargain. When Edwin did not have to film any TVB dramas, the 35-year-old reportedly makes $300,000 RMB each month.

Branded as “Bar Prince,” Edwin responded, “The title is very humorous! Performing in China has indeed become my main source of income over the last two years. When Daddy Good Deeds was aired, I had three to four stage performances each week.” Deflecting questions on whether he earned $100,000 RMB per show, Edwin claimed that the money did not come easily, as he endured a trip which required a ten-hour trip on the road.

With his new drama, The Confidant <大太監>, to be broadcast on November 5, Edwin’s recognition levels will only rise, giving him a good chance to win the TVB Most Improved Actor award at this year’s TVB Anniversary. With his new wealth, Edwin is considering purchasing an apartment near TVB City, which will shorten his work commute time.