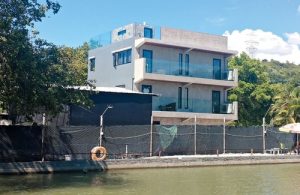 During the COVID-19 outbreak, some couples are getting tired of being cooped up under the same roof while others are enjoying the extra time spent together. Loving couple Ekin Cheng (鄭伊健) and Yoyo Mung (蒙嘉慧), who have been married for seven years, belong to the latter group. Aside from completing fun activities together, Ekin has been busy putting the final touches to his wife’s new vacation home, built on the piece of land that he acquired in Yuen Long for $10 million Hong Kong dollars last year.

Throughout the years, Ekin has showered Yoyo with countless gifts, including jewelry and cars. On top of that, after they got married, he immediately made her a board member of his company, EK Plus Limited. And now, he has gifted her a three-story vacation home. 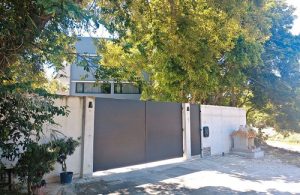 Equipped with a large security gate and located in a serene area surrounded by the mountains and a lake, the building stands out from other homes in the area with its modern facade. As the house has balconies and a rooftop patio perfect for barbecue gatherings, Ekin hopes Yoyo will use it to her liking.

A source close to the couple shared, “Though Yoyo’s childhood was bumpy because of her parent’s divorce, Ekin still wants to take care of her family. Originally, he planned for her father to move into the home for retirement, but due to the inconvenient location, Yoyo decided to build a villa to host guests instead.”

They Hope to Move to Japan 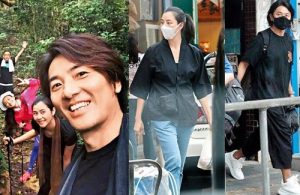 Despite having a new vacation home, the couple eventually wants to move to Japan when Yoyo is ready to retire. Although the couple has long agreed not to have children before getting married, they still live a very fulfilling life with just the two of them.

When Yoyo’s not working, she takes up the responsibility of cooking all three meals, so she is often seen shopping for fresh produce at the local market. The couple also enjoys long walks together, but during the outbreak, Yoyo purchased gym equipment for them to exercise indoors.