Many celebrity friends chip in to offer their help.

Since wrapping up production work for the 2019 Miss Macau Pageant last August, 58-year-old former TVB producer Wilson Chin (錢國偉) disappeared from the public eye, keeping a low profile to seek treatment for pancreatic cancer. While he was battling cancer, Wilson received assistance from many celebrity friends.

After leaving TVB, the producer of many of the station’s signature variety programs such as Super Trio Series <獎門人>, Beautiful Cooking <美女廚房> and Be My Guest <志雲飯局> took on film projects and produced concerts for Ekin Cheng, Leo Ku (古巨基), Nancy Sit (薛家燕) and others. In April 2019, Wilson was observed to have lost weight while working on Leo’s concert and also had sallow skin while working on Miss Macau 2019. By August 2019, he started turning down jobs to get treatment and only reappeared in the public eye around Lunar New Year, at a celebratory dinner for the Hong Kong Stuntmen Association.

Losing over 30 pounds after being diagnosed with cancer, Wilson had also surgically removed his gall bladder. His peeling skin appeared to be a side effect of anticancer electrotherapy treatment. After a year of treatment, Wilson’s recovery appeared to be on track though he required help to move around from his wife, former Miss Hong Kong contestant Calinda Chan (陳宛蔚).

Besides his family’s support, many celebrities who had worked with Wilson before were eager to help after learning of his illness. Ekin Cheung (鄭伊健) paid for Wilson’s medical bills and introduced specialists for his treatment. Jerry Lamb (林曉峰) drove Wilson to the hospital personally, while Eric Tsang (曾志偉) also prayed for his health at a temple and asked for a life preservation bead bracelet from an eminent monk, which he instructed Wilson to wear on his right wrist to aid his recovery. 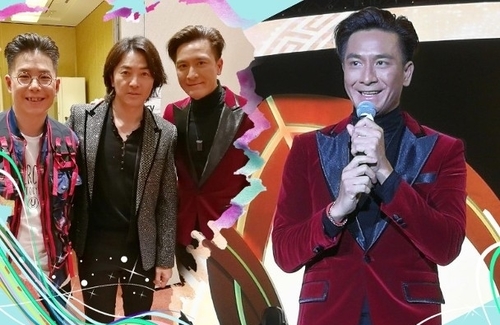